Proprietor of Guide to Kulchur Bookstore and Co-Op 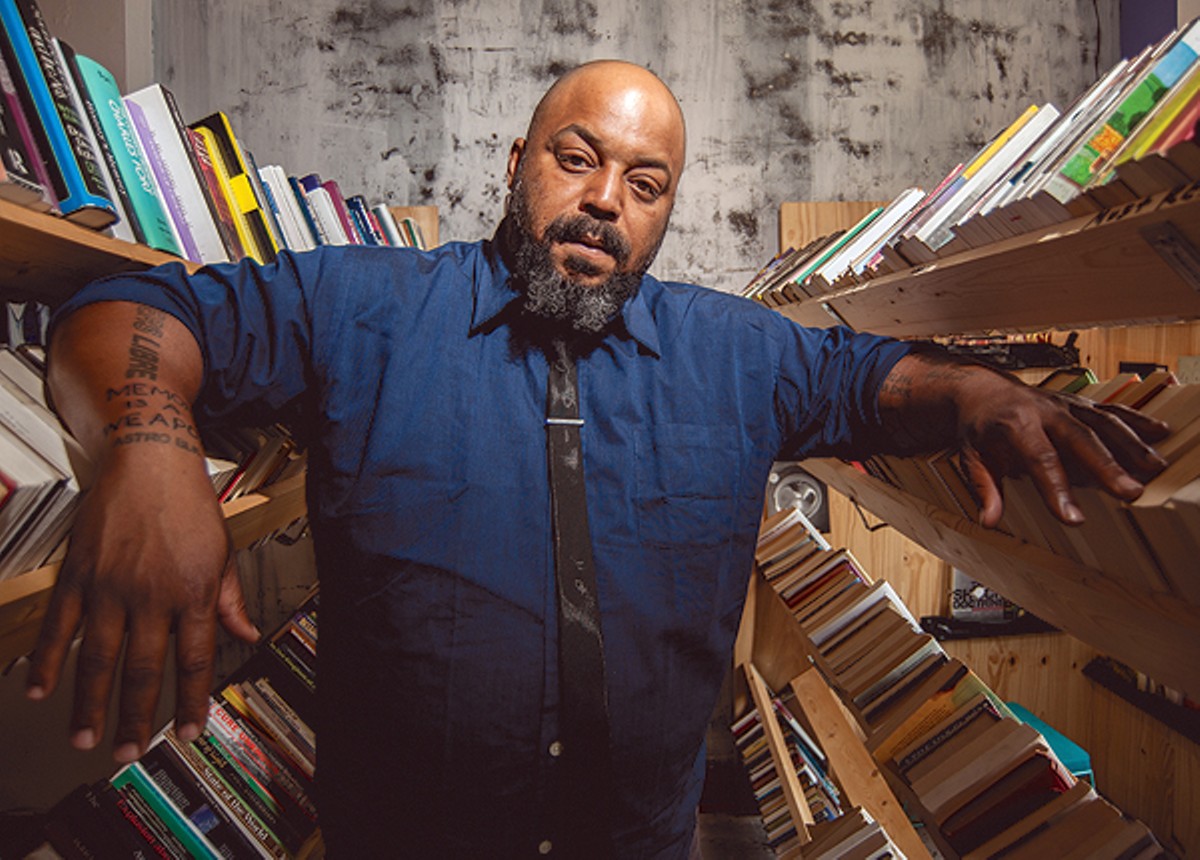 The bookshelves at Guide to Kulchur in Detroit-Shoreway aren't just stocked, they're curated. R.A. Washington, the shop's proprietor, theorist, curator-in-chief and spiritual North Star, has organized each shelf around literary movements and disenfranchised groups he wants to nudge into the spotlight. He's a DIY artist and he's got a nonstop jonesin' for experimentation. And as of June 2, he's been rocking and rolling at the helm of the westside's coolest book-and-culture warehouse for more than a year.

Thanks to an individual artist grant from the Cuyahoga Partnership for Arts and Culture, Washington, who goes by "Rafiq," has started a handful of reading series and experimental music shows to expand Guide to Kulchur's programming.

Most nights, a gathering of bustling new-age literary types can be seen smoking and laughing and variously pontificating on West 65th Street, just north of the Capitol Theatre. It has become the hub and hangout for artists that Washington always dreamed of.

It's certainly much more than a bookstore. Washington sells and repairs antique typewriters and has made the shop's basement a co-op workshop for the creation of 'zines. The basement is also where the readings and performances go down — Cleveland's version of a Parisian salon.

Washington is from El Paso, Texas, but emigrated to America's North Coast (specifically Cleveland Heights) as a teenager in 1989. He's been every kind of artist you can dream up: A musician, a DJ, a poet, a preacher, a fiction writer, a mechanic, a conversationalist, a literary theorist.

"Whenever I get stumped," says Washington, "I always look at what them theory motherfuckers are doing." He is a self-described modernist, but is a voracious reader and a vocal promoter of emerging writers and musicians. He's even the founder of Tapes, a cassette tape-based local hip-hop label.

He is also a supremely modest man, and in conversation, asked that Scene focus on some of the newer work Guide to Kulchur is doing, like the Cleveland Books 2 Prisoners program (C2P): Guide to Kulchur sends books to Ohio prisoners on request, many of whom don't have access to adequate prison libraries. Washington says he's always looking for donations.

In the meantime, he's always around the shop... chilling.