Yes, I Moved to Cleveland and You Should Too 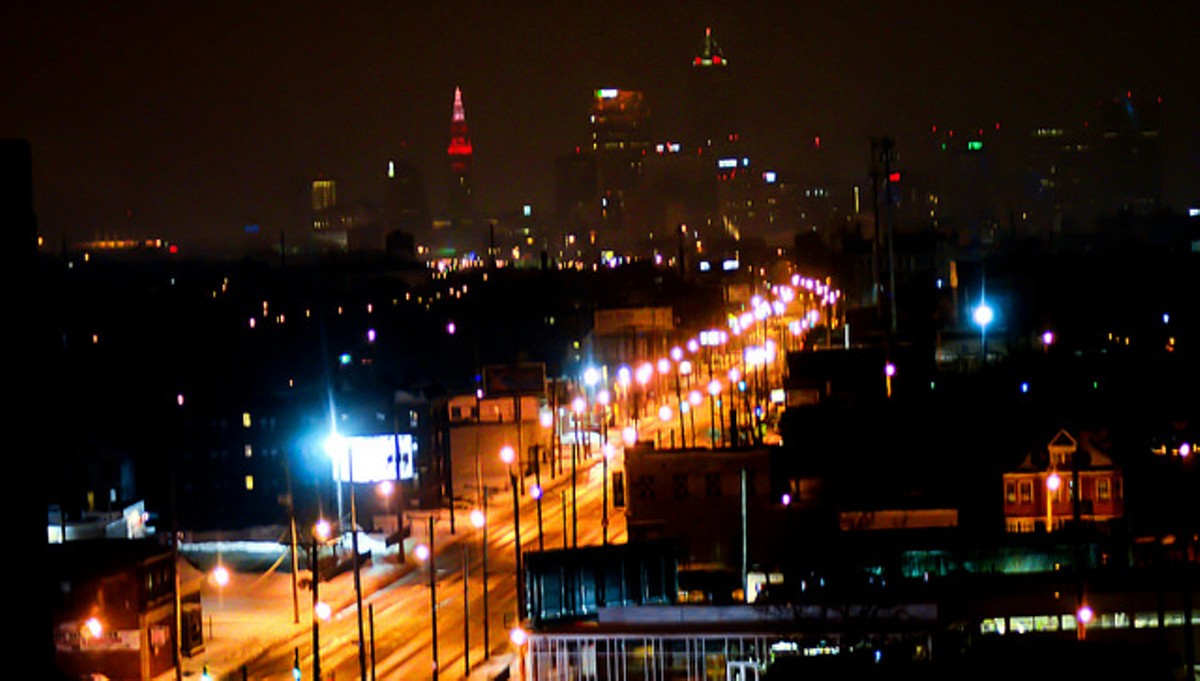 Wait – you moved to Cleveland?

Six months ago my husband and I packed up our house, our son, our cat, our hopes, our dreams, and our 28 houseplants that would die outside somewhere on the Ohio Turnpike, and moved from Chicago to Cleveland.

When I told people in Chicago that I was moving to Cleveland I was asked the same questions over and over again:

"For real for real?"

In Chicago I produced a monthly storytelling show, Story Club, and my last Story Club Chicago show was basically a Cleveland roast, with various Chicago-based performers giving their overwhelmingly negative opinions on that other metropolis on that other lake. And I understood their overwhelmingly negative reactions to my new home of choice because, before I first visited Cleveland, here had been my thoughts on the city:

Water there catches on fire

LeBron James is a guy

If it was cool I would have heard more about it

But then I met my husband, who's from the area, and started visiting his parents for holidays. Last Christmas we were visiting and it was unseasonably warm (thanks global climate change deniers!) and I had eaten my body weight in chocolate and so was motivated to go out for one of only six runs I have gone on in my entire life. I ran up and down country roads and I ran past a house for sale. It sat back from the road, on some property, and looked nice. In Chicago such a house would cost, minimum, $600,000 + your first born child + your soul + all of your future happiness + another $75,000.

When I got back to my in-laws' I looked up the price of the house. It was a four bedroom, two bath, 1800 square feet, $135,000. That, to you, may seem like a reasonable home price. To me, a resident of Chicago for 14 years, it seemed like a really mean joke. There's no way! No way that a home, with walls, and doors, and not ghosts and not black mold and not a situation where you live there with three other families, could actually cost an amount of money that I could reasonably pay. No. Fucking. Way.

But it was true. I spent the rest of Christmas looking at local homes online. My husband pointed out that my job back in Chicago had a branch out here and I could transfer. My young son could have in-town grandparents. My husband could start up the business he'd been dreaming of for years. We could have a house. We could all, as a family, smell 82% less urine on a day-to-day basis.

So we moved. When I got here in June I was overwhelmed and excited and eager to blend in. I immediately had to stop driving as though I was in Chicago, which is where you sit in dead stop traffic for 45 minutes and then, when it finally opens up, actively try to murder people with your horn and your middle finger of rage. I tried to be less aggressive in general, more Midwest nice, and stop assuming that everyone else on the sidewalk is a robber or, worse, a tourist. But it would come out that I was from Chicago – I'd give something away in my mannerisms or my inability to respond when some stranger said something nice to me. "I'm from Chicago," I'd say. "Oh," they'd respond. "Chicago's great! Why would you leave it and move here?"

People of Cleveland: This is an intervention. Come in here. It's all people who love you. Sit down in this comfortable chair. Wrap this shawl around your shoulders. Take this mug of hot chocolate. And look me directly in my lovely blue eyes as I stare deeply back into yours and say: Your city is cool. OK? Your city is cool. In many ways, it's better than Chicago. When your football team loses no one calls for the actual death of the quarterback. Really, Cleveland doesn't suck. At all. You don't have to apologize to people for living here. Like, it's nice here. It's clean. It smells good. There are pretty vistas and shit. When I go out to a bar and order the fanciest cocktail I can think of, it arrives promptly and is well-made and costs less than $10. A single digit cocktail! That shit is amazing! And no one in the bar tries to fight me while I'm drinking it! The people here are nice, not Midwestern-nice like those turds up in Minnesota, but nice-nice. You are approachable. You are affordable. You are a city where an artist can come and do their art and live in a house that isn't also overrun with rats, unless rats are integral to your art, in which case, you do you.

Cool people are doing cool shit here. There's a thriving food scene and a thriving comedy scene and a thriving theater scene and a thriving music scene and a thriving storytelling scene. Don't be down on yourselves. Yes, the city is small, and yes, Tremont and Ohio City are the same fucking place even though you insist on pretending that they're different, and yes, much of your lakefront is off limits because you have to mine it for steel or whatever the fuck all those cranes do. But it's nice here. I like it here. I'm happy here. So stop asking me why on earth I left Chicago for Cleveland. Believe in yourself. And next time you see me, say, "Fuck yeah you're here."