10 Things Going on this Weekend in Cleveland (November 7 - 9)

Photo via Emanuel Wallace
The Cleveland Museum of Art’s monthly MIX party transforms into a highbrow, artsy fashion show tonight. Featuring designs created by the 20 finalists of CMA’s Made Surreal competition, this couture goes right along with the Forbidden Games surrealist photography exhibition currently on display. A panel of judges hailing from various vintage art and fashion backgrounds will score the designs. Come dressed in your most fashionable black and white (bonus points for vintage pieces); then sip a cocktail and kick off the weekend in style. It happens from 5 to 9 p.m. at the CMA, and tickets are $8. (Trenholme)

Photo via Cleveland Scene Archives
"Alton Brown Live! The Edible Inevitable Tour" features a pinch of comedy, talk show antics, a multimedia lecture, live music (he sings!) and a dash of extreme food experimentation! Renowned "foodist" and TV personality Alton Brown is familiar to viewers for such food series as "Iron Chef America," "Good Eats," "Cutthroat Kitchen," and "Food Network Star." The James Beard Award winning author of seven books, Brown created, produced and hosted the Peabody Award-winning series "Good Eats" which ran for 13 years on the Food Network and now can be seen on the Cooking Channel. The fun starts at 8 p.m. at the State Theatre. Call 216-241-6000 for tickets.

Photo via Wikimedia Commons
The last time Marco Benevento came to Cleveland, he played an exciting version of “At The Show,” a new original tune that actually had lyrics (a Benevento non-entity at the time) and one that would eventually show up on his new album, Swift, released back in September. It’s a great song and it fits in perfectly with the lineup of other piano-, bass- and drums-driven songs released on that album. “Witches of Ulster,” which just got the video treatment a few weeks ago, spotlights Benevento’s newfound penchant for brooding atmosphere and his constant compositional skills. A couple of years ago, Benevento released TigerFace, which really upped the ante laid down on previous albums. Collaborations with Rubblebucket’s Kalmia Traver opened the album, foreshadowing vocal excursions on this new one. (“Limbs of a Pine” remains among Benevento’s greatest songs.) Tonight's show begins at 8:30 p.m. at the Beachland. (Sandy)

Photo via Kibbutz Contemporary Dance Company, Facebook
Kibbutz Contemporary Dance Company, Israel’s most innovative and prominent dance ensemble, has soared into the international spotlight with gorgeous technique, emotionally charged choreography and stunning dancers. Lead by Rami Be’er, the troupe combines dramatic high-energy moves in mesmerizing patterns. Expansive energy, remarkable power and creativity, Kibbutz will have you on the edge of your seat. "A troupe that belongs to the world elite" –Weimar Festival, Germany. The group performs tonight from 8-9:30 p.m. and Sun. from 3-4:30 p.m. at the Ohio Theatre. Call 216-241-6000 for more info.

Photo via Cleveland Scene Archives
Expanding upon Forbidden Games, the fascinating surrealist art exhibit that just opened at the Cleveland Museum of Art, today’s lecture — From Cleveland to Cleveland via Paris: Surrealist Photography and the City — offers a unique look at the history of surrealist photography and Cleveland’s role in the movement. British photo-historian Ian Walker (who helped assemble the exhibition) will examine ways in which surrealist artists captured the city of Paris while also explaining the Cleveland connection. The lecture starts at 11 a.m. in the Recital Hall and is free. (Trenholme) 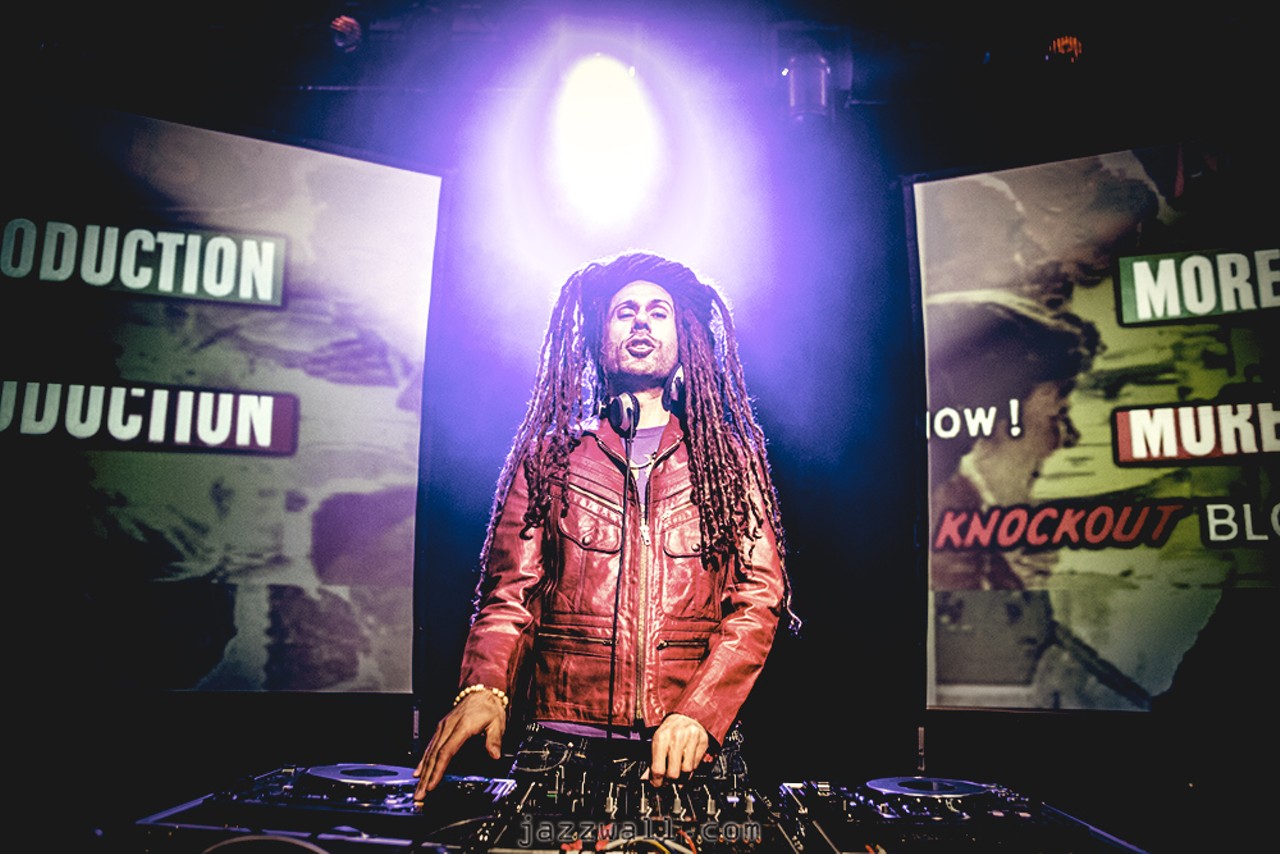 Photo via Cleveland Scene Archives
A “community dance experience” hosted by the Cleveland Public Library and LAND studio, Step Out Cleveland promises to bring “two days of thoughtful, free and fun dance programming to town.” The event, which takes place today and tomorrow at the Global Center for Health Innovation, features interactive workshops led by local and international dancers and performers. Electronic music producer FreQ Nasty will be on hand as will b-girl Ana Rokafella Garcia and writer and motivational speaker Ragen Chastain. Sokeo Ros, the founder of the youth performance group Case Closed!, is slated to lead a workshop as is international arts advocate Leah Nelson. And finally, the aptly named the Fungineers, a freestyling, beatboxing band of breakdancing puppets, will perform as well. A slew of Cleveland dancers and DJs are also slated to participate. Dance workshops take place today from 2 to 7 p.m. with a dance party following the festivities from 8 to midnight. Tomorrow’s workshops take place from 11 a.m. to 2 p.m. Admission is free but sign up on the Cleveland Public Library website at cpl.org or call the library's outreach and programming department at 216-623-2921. (Niesel)

Photo via Cleveland Scene Archives
With his three-and-a-half-octave vocal ranges, over 100 million records sold and a multi-decade career (that includes Jersey Boys biographical Broadway musical and feature film), the iconic Frankie Valli, along with his The Four Seasons, demonstrate why they're still the hottest ticket in town with a catalog of hits like: "Can't Take My Eyes Off of You," "Big Girls Don't Cry," "Rag Doll," "Grease," "Dawn," "Let's hang On," "Sherry," "December 1963 (Oh What a Night)" and so many more. Valli & The Four Seasons...the real-deal...the original "Jersey Boys" whose paths led them to be inducted into the Rock Hall Museum. Tonight's performance takes place at 7 p.m. at the State Theatre.

Photo via Beachland, Facebook
Sunday brunch at the Beachland Ballroom is always a good time. Billed as a “country brunch,” today’s spread promises to be extra special. It features local DJ/singer/vinyl aficionado Clint Holley who’s on the bill along with Chad Hill. Expect to hear lots of old-school outlaw country music played by guys like Hank Williams, Merle Haggard and Johnny Cash. Admission is free but the food and drinks will cost you. Stop by from 10 a.m. to 3 p.m.(Niesel)

Photo via Wikimedia Commons
This veteran rapper somehow manages to stay "street" while delivering albums that have the potential for mass appeal. His latest effort, Seen It All, is no exception. "No Tears" is a catchy tune that features soulful vocals and a snappy snare drum beat — of course, Jeezy freely uses the n-word, ensuring the uncensored version won't be heard on commercial radio anytime soon. With his deliberate delivery, Jeezy is one of rap's top talents; on Seen It All, he holds his own while rapping alongside heavyweights like Jay-Z, Game and Rick Ross. Expect a big crowd to show up for tonight's club gig. Tonight's show starts at 8 p.m. at House of Blues. (Niesel)