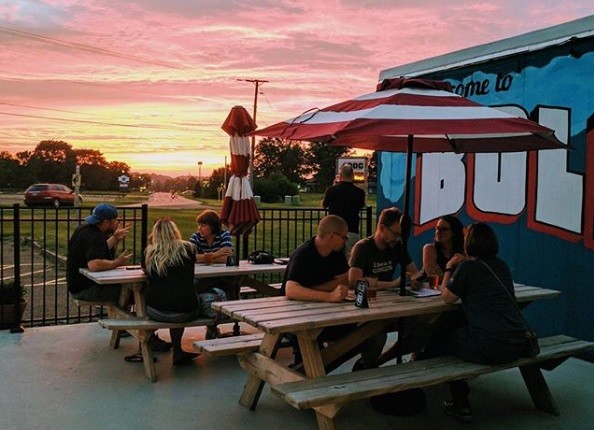 Photo via Lockport Brewery/Instagram
Northeast Ohio's brewery and beer scene continues to be on fire. The Cleveland Brewery Passport program was recently introduced, now we've learned that Bolivar's Lockport Brewery has plans to expand to another location — at the former Georgio’s Grille, 10748 Wilkshire Blvd., overlooking a golf course — while still keeping its original space open.
By opening the new spot, which is less than a mile down the road from its original space (10891 OH 212), the brewery is able to double its capacity, expand distribution and offer more special limited-run products.

Expect the new location to open sometime next year.

Lockport Brewery is currently open Wednesday through Sunday, as they're closed for brewing Monday and Tuesday.

With so much in the beer scene, we're not sure when this brewery boom might bust, but in the meantime, we're enjoying each pleasurable sip. Be sure to check out these other awesome Akron-area breweries, too.