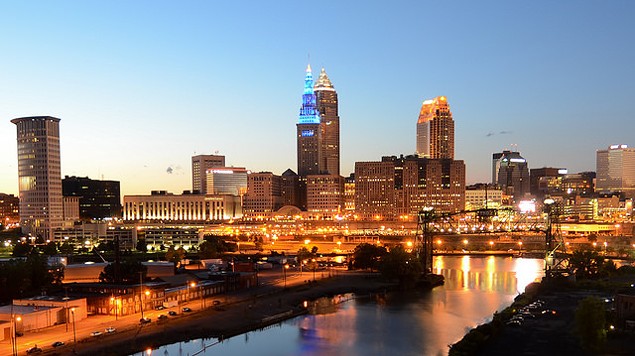 Travel + Leisure recently called on its readers to rank America's best food cities, as well as each city's most crave-worthy features, from street vendors and cafes, to gourmet markets and upscale eateries.

Cleveland, it seems, impressed on both accounts, ranking seventh out of 20 cities.

Here's what T+L's Katrina Brown Hunt had to say about the Forest City food scene:

The rust belt city offers some old-fashioned, even old-world, charms. Readers ranked it at No. [7] for its rich food halls, like West Side Market—with spices, baked goods and delis—which dates back to 1912, when it catered primarily to the city’s immigrants. Today, you can also still tuck into great Polish cuisine—like chicken paprikash, bratwurst, pirogues and stuffed cabbage—at Sokolowski’s University Inn, a James Beard American Classic award-winner now in its third generation of family ownership. Still, you don’t get into the top 10 by living completely in the past; Cleveland also delighted readers with its trendy street food and bars (like Happy Dog, where hot dogs come with vodka sauerkraut or Bloody Mary ketchup) and upscale, New-American spots like Lola Bistro, run by Iron Chef Michael Symon.


We love all of those places too, though we didn't realized that Sokolowski's had gotten into the small boat business.

Alaina Nutile is the Web Editor who oversees all digital content and social media initiatives for Cleveland Scene Magazine and Detroit Metro Times. Before joining the staff in June 2013, she interned at Business Insider in New York City, and at La Hora in Quito, Ecuador. Alaina is a graduate of Kalamazoo College...
Read More about Alaina Nutile
Scroll to read more Food News articles