For 31 years, the St. Clair Superior restaurant has been the place to go for Ethiopian fare 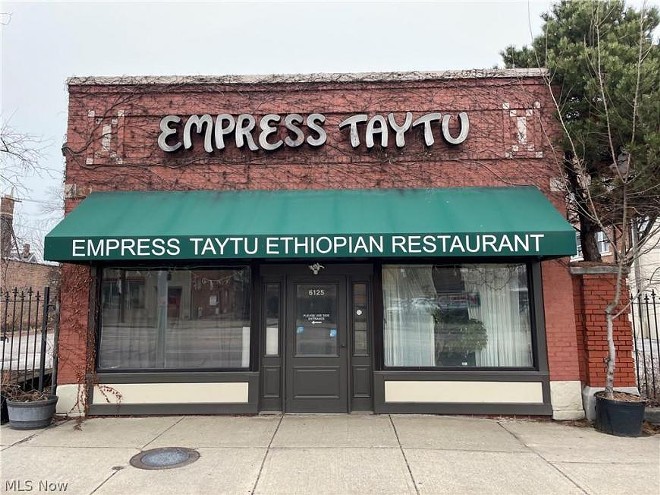 Most diners in Northeast Ohio have Carl Robson and his wife Senait to thank for our first introduction to Ethiopian food. When the couple opened Empress Taytu in 1992, it was the only place around to enjoy dishes like lamb tibs and doro wat, eaten out of hand with torn pieces of spongy injera bread. In fact, Empress Taytu would remain the only Ethiopian restaurant in town for the next 25 years, when Zoma opened in Cleveland Heights.

Dr. Robson opened his medical practice in St. Clair Superior specifically to serve that underserved community. Years later, he and his Ethiopian-born wife opened Empress Taytu because they “wanted to spread Ethiopian culture.”

He jokes that opening a restaurant in an impoverished neighborhood might not have been the wisest strategy, but the restaurant has managed to endure for decades. But now, the couple finds themselves in a point in their lives when the challenges of running a restaurant outweigh the pleasures.

The Robsons have decided to sell the building and business, ideally to an operator who would continue the theme. But Robson knows that’s not the likeliest outcome.

“That would be my preference, but we have not that many Ethiopians in town and I can’t see a non-Ethiopian that eager to get into the Ethiopian food business,” he says. “I imagine that it won’t be continued.”

The property at 6125 St. Clair Avenue is ideally suited to take advantage of the increased business and residential activity in the neighborhood. The turn-key restaurant property comes with a full liquor license and a gated and fenced parking lot. It is currently listed for sale by Progressive Urban Real Estate at $399,900.

"As the neighborhood continues to come up, there should be a lot of interest — and more over time," says Robson.