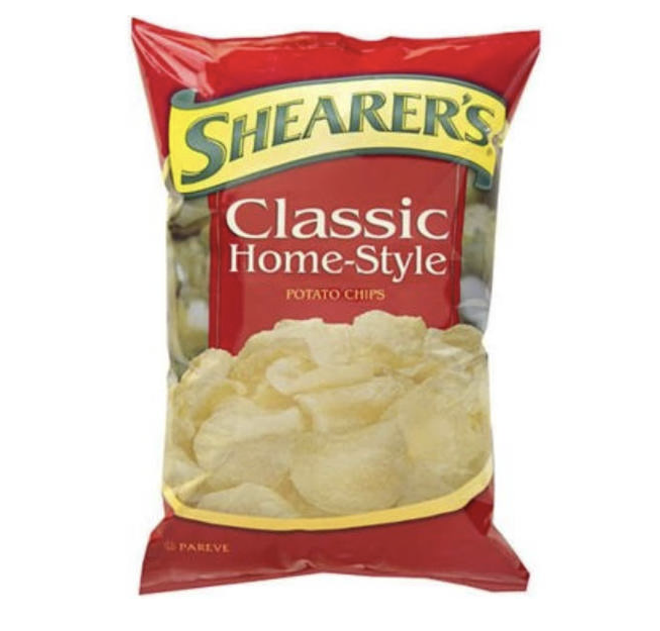 Courtesy photo
Shearer's, grab 'em while you can

Grab those tasty Shearer's brand chips and snacks while you still see them on the shelves Ohio, because once those salty supplies are exhausted they won't be reupped, according to The Independent.

The paper reported last week that the Massillon-headquartered company, founded in 1974 and noted for its kettle-cooked chips, has stopped making Shearer's-brand snacks and instead focuses entirely on private label production.

While Shearer's didn't respond to The Independent's request for comment, Massillon city councilman Ted Herncane told the paper Shearer's was already predominantly focused on private label business so there wouldn't be any change in local employment. "Private label business has grown so much over the years, it (probably) doesn't make sense (for Shearer's) to continue their own brand," he said.