Sokolowski's, A True Cleveland Treasure, Has Permanently Closed After 97 Years in Business 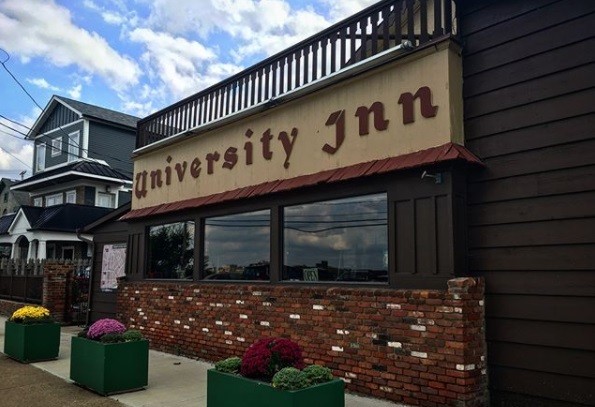 They don't get much more Cleveland than Sokolowski's, the nearly century-old Tremont restaurant that's served pierogies and other Polish classics to Presidents, movie stars, professional athletes and, more importantly, everyday Clevelanders since 1923.

It endured the second World War, countless recessions, the life and death and rebirth of Tremont, and had stood as the second-oldest continually operating restaurant in Cleveland, but it won't survive this pandemic.

Bernie Sokolowski, along with brother Mike and sister Mary Lou, were the third generation of the family keeping the tradition going, but coronavirus-related restrictions and the lingering question of just how much further into 2020 and the next calendar year all this would last, along with various personal issues, had them and the other owners behind the operation discussing this summer what was once unthinkable: Could they really close for good?

Turns out, the answer was yes.

Bernie told Ideastream yesterday that the decision has been made to permanently shutter the beloved local treasure, which had gathered a small mountain of local accolades in its day, along with its fair share of national renown and a James Beard "American Classics" award to boot. Not bad for a cafeteria slinging homemade comfort food.

"Unfortunately our time is up," Mike Sokolowski said in a statement. "My brother and I have battled health issues with leg problems ( old sports injuries) and other sicknesses, and combined with the COVID-19 it was just too much for my sister Mary Lou to carry the load. She’s a tough woman but it was too much. We always planned on making it to 100 years and then getting out. Covid just sped up our decision unfortunately. Cleveland, Northeast Ohio, and Americans abroad have been so good to us with their support. We were extremely blessed by our Lord and Savior. I can’t thank Cleveland enough. It will always be home!"

The kielbasa and stuffed cabbage is gone, but the memories will last.

“We’ve been lucky, we’ve been blessed. I grew up in that house," Bernie told Scene last month. "I grew up upstairs. That place was my living room down there where I would watch TV as a kid. I shake my head sometimes thinking about some of the people. Not so much celebrities as regular Clevelanders. Beautiful people. Kind people.”