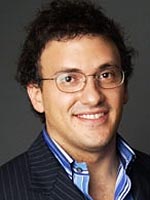 Not to be confused with the slasher flick by the same name, Donkey Punch is a 15-minute short film with a few Cleveland connections. The movie, which premieres this weekend at the 5th annual Hollyshorts Film Festival, was produced by Clevelander Anthony Russo (Welcome to Collinwood) and written by his Benedictine High pal John Hlavin, a writer for The Shield. The film stars Jay Karnes and Anthony’s real-life wife Ann as a couple on a first date that goes sour. Karnes’ character is much more prudish than Russo’s (and if you look up the term “donkey punch,” you’ll know what I’m talking about). The film’s punctuated by witty dialogue and some fabulously uncomfortable moments that will make you think back upon your own dating experiences.

“John [Hlavin] is a writer that my brother [Joe] and I collaborate with here and there,” Russo says. “He wrote this script and showed it to my wife and me and it was really perfect for my wife, who’s an actress. He wrote it during the last season of The Shield and asked Jay [Karnes] if he liked it and he did. I just executive produced it. That’s how it all came together. It does feel like a play. Hlavin originally wrote it as a play. It’s almost like a black box theater piece.”

Russo’s also busy with the new NBC sit-com Community. It stars comedian Joel McHale as a lawyer who heads back to community college to get his degree. He and his brother are producing it and even directed the pilot episode.

“NBC loves the show and it’s been testing well for them,” he says, adding they’re slated to do 12 shows. “They’re putting it on their Thursday night, which is like The Office, 30 Rock and Parks and Recreation. That’s the perfect home for the show. You have four single-camera half-hour comedies. It’s very different from the shows that are on that night. It doesn’t have that mockumentary approach and it’s not as zany as 30 Rock, even though I love 30 Rock. It’s more like a Cheers or Taxi in that it’s character-driven comedy.”

“HBO bought it a few years ago but never actually gave us the order to shoot the pilot,” he says. “We had to wait and then wanted to move it someplace else. It’s a great show about a fictional mayor of Cleveland. It’s not based on any single mayor of Cleveland. If anything, he’s almost an Obama mold. He’s a younger, very talented guy who has a lot of potential in terms of his political career and is struggling with troubles. He has a father who was loosely based on James Traficant and he has a difficult relationship with him. His father ends up getting arrested by the Feds and it throws his career into a tailspin.”