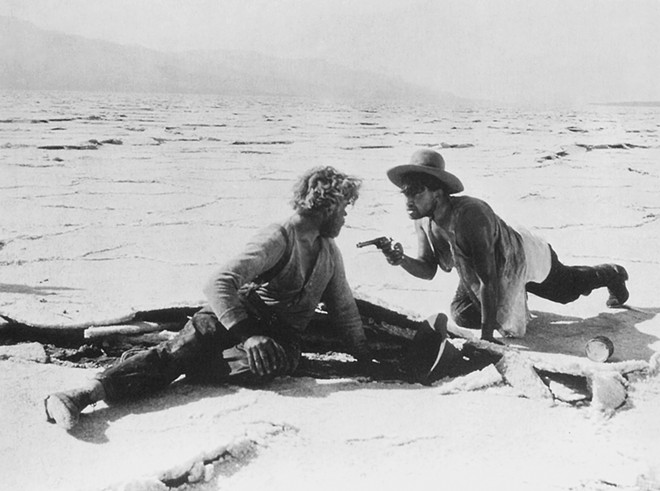 Warner Bros.
A scene from the 1924 film Greed.
Last year, the Cleveland Institute of Art Cinematheque was among the 30 cinemas and performance venues participating in the inaugural National Silent Movie Day.

The Cinematheque will again participate in this year’s event, which takes place on Friday, Sept. 30. The theater will screen The Heart of Cleveland, a newly restored 1924 silent film commissioned by the Cleveland Electric Illuminating Company. It centers on two Ohio farm kids who fly to Cleveland and see what electricity can do. It screens at 6:30 p.m. New Hampshire-based silent film musician Jeff Rapsis will provide live keyboard accompaniment. The film was recently discovered at Cinecraft Productions in Ohio City.

This 29-minute movie will precede a 35mm film screening of Erich von Stroheim’s 1924 silent film Greed, an “unsparing account of how the love of money destroys the lives of three friends in 19th-century California.” Based on Frank Norris’ novel McTeague, Greed will also be presented with live musical accompaniment from Rapsis.