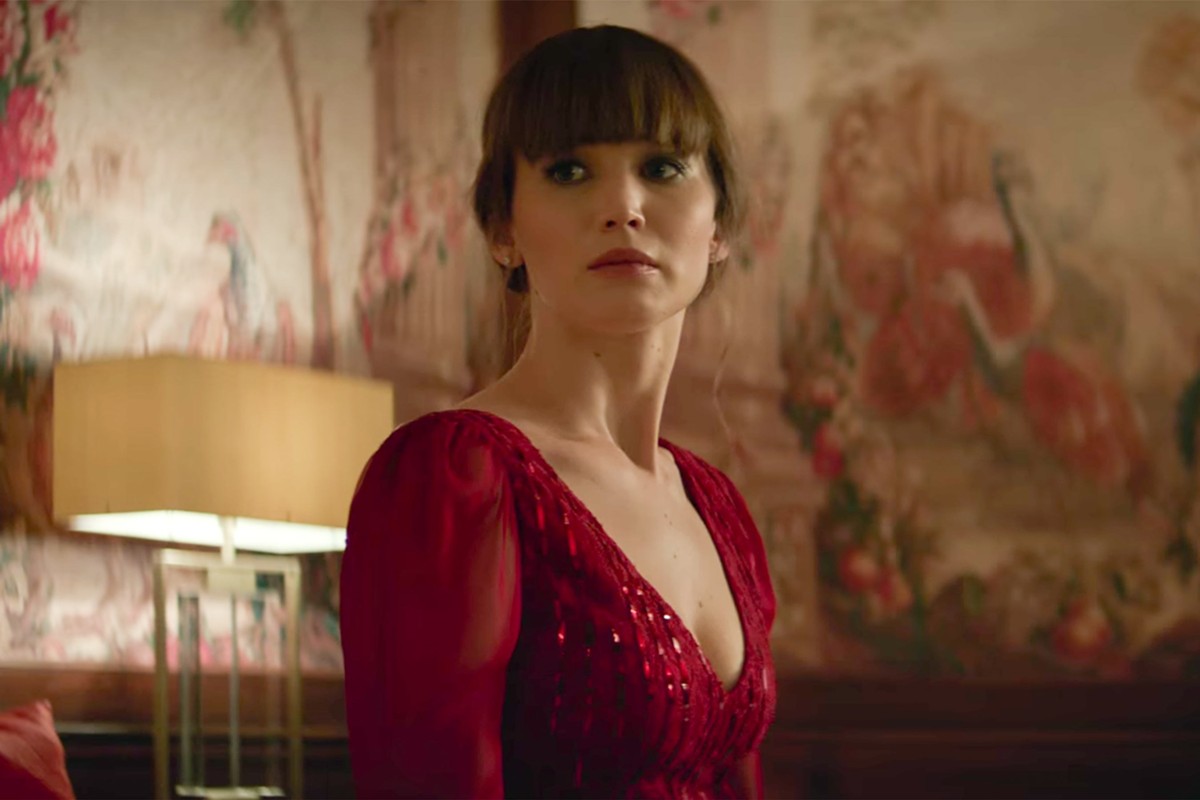 Red Sparrow is a hard-R-rated Russian spy thriller starring Jennifer Lawrence as a ballerina conscripted into the Soviet secret service. Directed by Francis Lawrence — no relation — who also directed J.Law in the final three Hunger Games films, the latter two of which — Mockingjay Pts 1 and 2 — were detritus of a rare and putrid blend, Red Sparrow strains to present its steely protagonist in as many states of undress as possible.

The whole pulpy plot, it turns out, is more than just a pretext to get J.Law in the nude, but that's not at all clear at first. The twists and turns of international espionage, coupled with the film's stark tone and Eastern European backdrops, do make for an ultimately satisfying experience, but viewers may feel a little pervy in the early going, especially because the film takes itself so seriously. It opens Friday in wide release.

After unwittingly playing part in an assassination plot — care to guess if rape was involved? —it's off to a remote state school for Dominika (Lawrence), who is shipped off in lieu of execution by an uncle high up in Russian intelligence (Matthias Schoenaerts). There, she undergoes the highly unorthodox special training of the "Sparrows," a corps of Russian seductress-spies famous for erogenous contact.

The severe school marm, "Matron," (Charlotte Rampling, nominated for best actress in 2015 for her turn in 45 Years, alongside Lawrence, who was nominated for Joy that year), instructs her coeds in the art of stroking inner thighs and whispering into ears and such. She commands her students to dispense with all notions of modesty before ordering them to disrobe and perform oral sex upon assigned lab partners. In one outrageous scene, Dominika must basically submit to rape to determine what "drives" her assailant — in front of the whole class.

Go figure. Dominika has a knack for this sort of intelligence work, and is tasked — before she's ready, if Matron has her say — to seduce a C.I.A agent (Joel Edgerton) who has lately resurfaced in Prague, presumably to make contact with a Russian mole. Dominika's task: have sex with the agent and learn the identity of the mole.

Given that 45 minutes elapse before the film arrives at this central plot, it's no wonder that the total run time is nearly two-and-a-half hours. But the script's scaffolding incrementally reveals itself to be more secure than expected. Be on the lookout for a brutal torture scene and a grappling knife fight more savage than anything since Eastern Promises. Otherwise, be content with this first-quarter surprise: a non-franchise spy flick that delivers as a moody and well-plotted thriller.