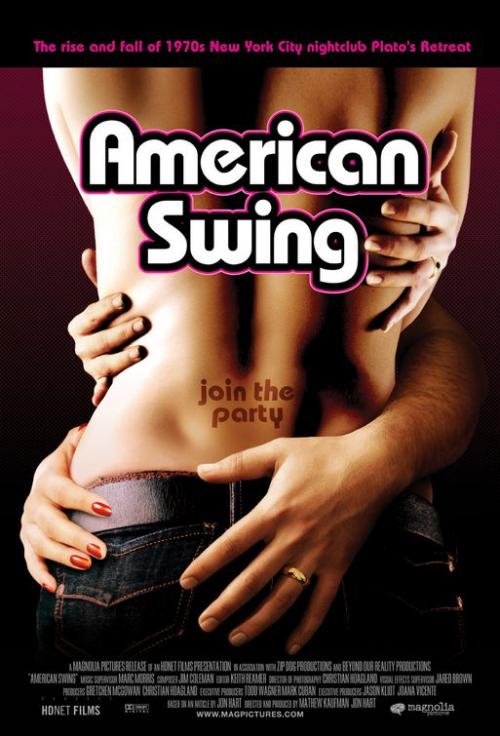 Several former Plato’s patrons share their stories of Larry and experiences at the club, including such well known figures as Buck Henry, Melvin Van Peebles, Professor Irwin Corey, Annie Sprinkle, Al Goldstein, Ron Jeremy, as well as regular folks (as regular as they get in this movie, anyway) like the delightfully daffy Grippo’s, a married swinger couple now in their golden years who helped manage the club. All of them seem to recall their time spent at Plato’s with fondness, which is not to say that the movie doesn’t show the downside of Plato’s, such as the effect the lifestyle had on Larry’s second wife and business partner Mary, and how the supposedly free love swingers’ club became infiltrated by prostitutes.

American Swing is well paced and edited, and manages to cover just about all you’d want to know on the subject in a little under an hour and a half. There’s also about 30 minutes worth of deleted scenes that, while rightfully left out of the feature, are nonetheless worth a look. American Swing is unrated, but would probably get an NC-17 for nudity, sexual content and language, so be forewarned if that sort of thing bothers you. If you can get past that, this is a fun and fascinating time capsule of a moment in time when America’s sexual attitudes were changing. ***