A Former Clevelander, Guzheng Master Jarrelle Barton Coming to Northeast Ohio for a Series of Recitals 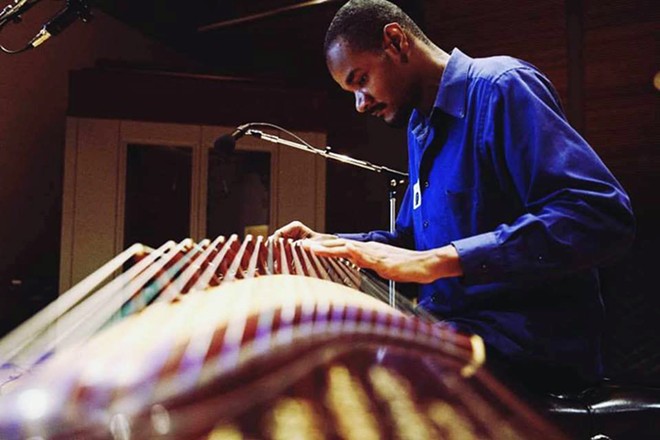 Courtesy of the Around the World music series
When he was still a teenager, Jarrelle Barton, who grew up in Cleveland, discovered the guzheng, an ancient Chinese zither. Barton progressed as far as he could on his own and then moved to Minneapolis to study with a guzheng master from Beijing who was living just outside the city.

A decade later, Barton has become a master player well-versed in traditional and contemporary Chinese pieces and European music.

He returns to Northeast Ohio next month for a series of recitals.

“Music is universal — it goes beyond,” he says in a press release announcing the shows. “I think anyone can learn an instrument regardless of your ethnic background or what language you speak or what color you are. You can learn any instrument you’d like and create beautiful music to share with people.”

He’ll perform at 8 p.m. on Saturday, Feb. 2, at the North Water Street Gallery in Kent. That performance is part of the "Around the World" Music Series. He’ll also celebrate the Chinese New Year with a performance that takes place at 2 p.m. on Sunday, Feb. 3, at the Hudson Library. At noon on Monday, Feb. 4, he’ll conduct an interview and perform on WCPN 90.3 FM, and at 8 p.m. on Monday, Feb. 4, he’ll perform at the Bop Stop.