Are You Ready For The Country? 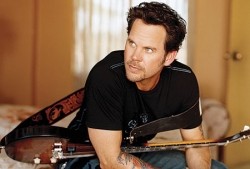 Nashville has a reputation for turning out crap. And rightfully so: Toby Keith's good-ol'-boy flag-wavers and Rascal Flatts' power ballads are enough to drive anyone to drinking. Plus, Music City recently gave Jessica Simpson and Hootie & the Blowfish's Darius Rucker new careers (and No. 1 albums).

But not all country music sucks. And we're not talking about hipster-approved dead guys like Johnny Cash or alt-country shit-kickers, who don't count because country-music fans never heard of the Old 97's. In honor of Gary Allan's concert this week, here are five country artists worth hootin' and hollerin' over.

Allan has been kicking around Nashville record companies since 1996, covering Todd Snider and occasionally reaching the top of the country charts. In 2004, his wife killed herself. The following year, he released Tough All Over, an aching and tortured song cycle about her death and his healing. Since then, it's hard not to hear everything Allan sings (like "Watching Airplanes" and "Learning How to Bend" from 2007's Living Hard) as a conduit for his loss.

Why he doesn't suck: Allan's lonesome twang has a traditional kick to it, and he never tries to be a hard-ass -especially when it comes to kids, his feelings and songs about rain.

Album to buy: Tough All Over

Lambert's breakthrough single, "Kerosene," ignited the whole psycho-girlfriend-will-set-your-shit-on-fire club that also includes Carrie, Taylor and Heidi (Newfield). She even called her second album Crazy Ex-Girlfriend. Like fellow tough gal Gretchen Wilson, Lambert likes beer and guns; unlike Wilson, she doesn't want to be one of the boys. She just wants respect, and she'll kick your ass to get it. She also writes deep: "Famous in a Small Town" is the best song ever about off-the-map rural living.

Why she doesn't suck: Even Lambert's sensitive songs come with a side of spite, but she's all about fair warning: "Gunpowder & Lead" sure ain't her shopping list.

He can be kinda hokey (all of his albums include old-school, star-packed skits that Hee Haw would have rejected). He has a sentimental streak a country-mile long. And he often panders to his audience. Yet Paisley works all of this to his advantage, with a self-deprecating style and a knack for traditional songcraft. It's not every artist who can turn a tune about looking for bloodsucking bugs into a sexy come-on. Plus, he's a hell of a guitar player.

Why he doesn't suck: In his smart 2005 hit "Alcohol," Paisley becomes a bottle of booze, declaring "You'll have some of the best times you'll never remember with me." Album to buy: Time Well Wasted

Before they formed Sugarland, Jennifer Nettles and Kristian Bush toiled separately in the Americana scene. Together (and initially with a third member, who quit the group after their debut album) they make a smooth blend of country and pop that never adheres too closely to either side. They also pile on the hooks - take a listen to their recent chart-topper "Already Gone." And Nettles is one of country's best singers, with a zip of twang underlining her dusky voice.

Why they don't suck: "Stay" is an award-hogging weeper about a man, a wife and the other woman the man is sleeping with - told from the perspective of the other woman. Brilliant. Album to buy: Love on the Inside

She's 19 years old, obsessed with guys and one of today's top songwriters. The best songs on Swift's self-titled 2006 debut are about a boy friend (not boyfriend), who she also happens to have a huge crush on. They're all true. Follow-up Fearless was last year's best pop album, deftly crisscrossing and transcending genres. She lives in a fantasy world of princes, white horses and ball gowns, but she's the first to admit these romantic notions are totally naive. She's honest that way. Why she doesn't suck: On one of her debut's five hit singles, she informs an ex: "Go and tell your friends that I'm obsessive and crazy/That's fine/I'll tell mine you're gay." Zing! Album to buy: Fearless