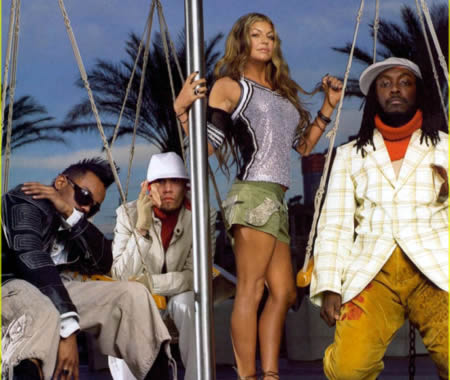 You can put away the shorts and pull out the sweats, because summer's officially over. Yeah, we know, it sucks. But we'll always have our memories — most of them powered by a kick-ass soundtrack that included everything from head-bobbing hip-hop to shimmering pop-country.

1. Passion Pit: "Sleepyhead" — This song sounds like summer. So even if you put it on in the middle of February, it'll sound like fun, sun and a bunch of half-naked people kicking it up on the beach.

2. Miley Cyrus: "Party in the U.S.A." — Cyrus released this song at the tail end of summer, so it counts. Too bad she couldn't have gotten it out there in May, because this is how we'll probably end up remembering Summer '09.

3. Cobra Starship Featuring Leighton Meester: "Good Girls Go Bad" — We feel all squishy inside every time Gossip Girl Meester steps to the mic on this totally smokin' club jam from the emo smartasses.

4. Jay-Z: "D.O.A. (Death of Auto-Tune)" — Jigga takes a swipe at T-Pain and his robot-pop with this slammin' cut that buries all fakers up to their necks in sand.

5. Taylor Swift: "You Belong With Me" — This is like the 473rd single from Swift's great Fearless album, but it's all about crushes, which we all know feel best in the summer.

6. Kid Cudi Featuring Kanye West and Common: "Make Her Say" — Clevelander Cudi gets some help from 'Ye and Common on this old-school throwdown about girlies. Holla!

7. Phoenix: "1901" — The funkiest Frenchmen of the decade harvest a ton of sunshine on this bouncy bit of indie-pop that sounds so good under the sun with a cold one in your hand.

9. Black-Eyed Peas: "Boom Boom Pow" — It's partly here because you couldn't escape the damn thing. It's also here because it's the sort of ass-rumbling pop single every summer needs to throw up to get a party started.

10. Kings of Leon: "Use Somebody" — Here's your chance to make your move on that summer crush. The perfect song for getting busy and showing off just how damn cool you are. —Michael Gallucci