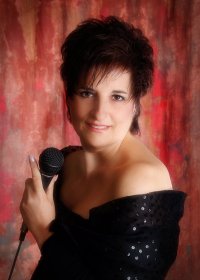 Northeast Ohioan Debbie Gifford, a longtime singer and music educator who launched her jazz vocalist career in earnest less than a decade ago, will be releasing her third album, One Day at a Time, at a CD-release show at Jazz 28 at 4 p.m. on Sunday.

She’ll be joined by pianist John Trzcinski, who wrote or co-wrote most of the record's 10 tracks, arranged and engineered, co-produced with Gifford, and played piano and synthesizer. They’ll be backed by trumpeter Joseph Trzcinski, bassist Dallas Coffey and drummer Glenn Davis. Tickets are $10.

Although she had been singing and studying music since she was a child, Gifford first ventured into the local jazz scene in 2000, with the encouragement of the late Hank Geer, a jazz pianist who was a local jazz icon. She released her first album, You Taught My Heart to Sing, in 2003.

Her career really took off with the release of her second, So Many Songs About Love, in 2005. Since then, she’s finished up her master’s degree in vocal performance at Cleveland State and pursued the many opportunities the CDs opened up for her including appearances at New York’s Birdland jazz club, festivals in France, a recording session with a French rock group that resulted in a Europe-only rock/jazz release Open Airs, performances and master classes in Shanghai, performances in Italy and Hollywood and a big-band performance at PlayhouseSquare.

One Day at a Time showcases both Gifford’s classy, velvety vocals and Trzcinski’s supple piano skills, which get their own showcase on instrumentals “Journey,” “Meili” and “Urban Groove.” Gifford delivers a bravura performance on “If,” which calls on her pop and music-theater background to create a dramatic arc from pensive opening to dramatic conclusion. The sleek, slinky “Noche del amore,” accented by Joseph Trzcinski’s trumpet, displays all her strengths: her burnished tone, her effortless phrasing and her ability to convey a song’s meaning. —Anastasia Pantsios