Louis Tomlinson To Play Blossom in 2023

Singer-songwriter's tour supports a new album due out this week 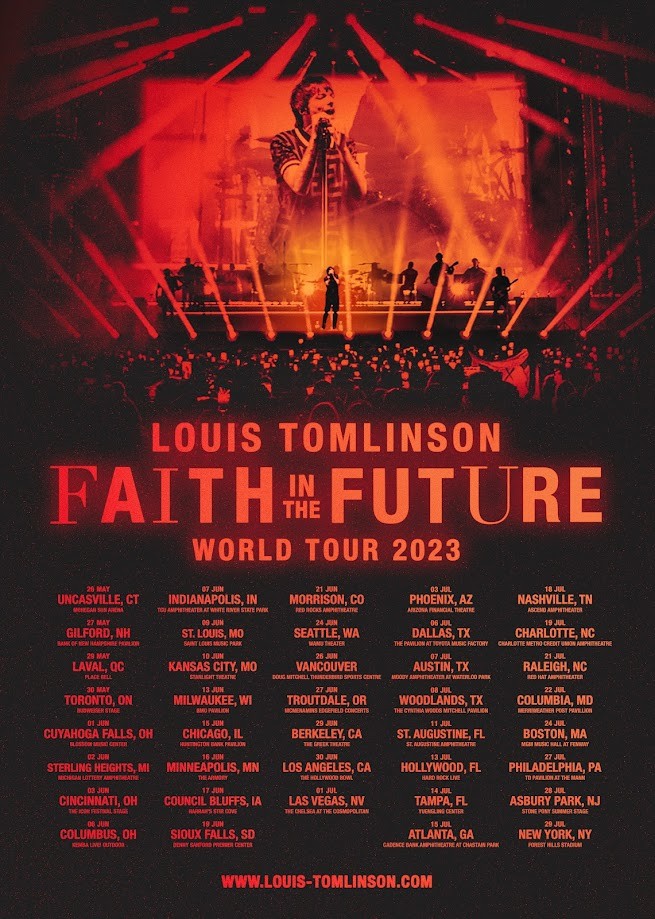 The Faith in the Future World Tour tour will include a stop at Blossom on June 1.

Yesterday, Tomlinson released "Silver Tongues," the latest single from his forthcoming new album, Faith in the Future, which is due out this week.

"Silver Tongues’ is probably the song I'm most proud of on the record," says Tomlinson in a statement.

Tickets to the Louis Tomlinson concert at Blossom go on sale to the general public at 10 a.m. on Friday.