Moshuro Teams Up With Local Rapper 2SSAINT on Its New Single 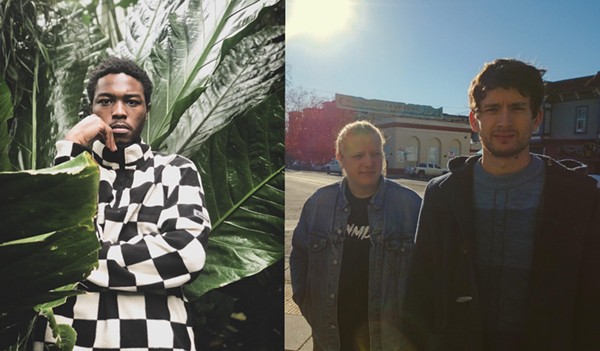 Courtesy of Eli Hanley
Local keyboardist Eli Hanley plays with a number of local acts, including the Katy, Emily Keener and the Brother Nature.

The group has just released “By Force,” a new single on its own label, Moshuro Music. It’s the second song to be issued on the imprint, and the mellow tune features a cameo by local rapper 2SSAINT (formerly known as Stoke), who raps over the tune's atmospheric music.

“We are aiming to help promote and provide a platform for bands and artists making progressive music in Cleveland and beyond,” says Hanley about Moshuro’s mission.

Recorded at Moshuro Studios and mastered locally by Adam Boose at his Cauliflower Audio), “By Force” is the first of several Moshuro Music releases planned for 2019.

The band will next play at 8 p.m. on Friday, Feb. 8, at the Beachland Tavern where it'll back up local rapper Zell as he celebrates the release of his album Strictly 4 You.