ROLE MODEL, Who Plays Beachland on May 16, Talks About Pittsburgh's Vibrant Rap Scene 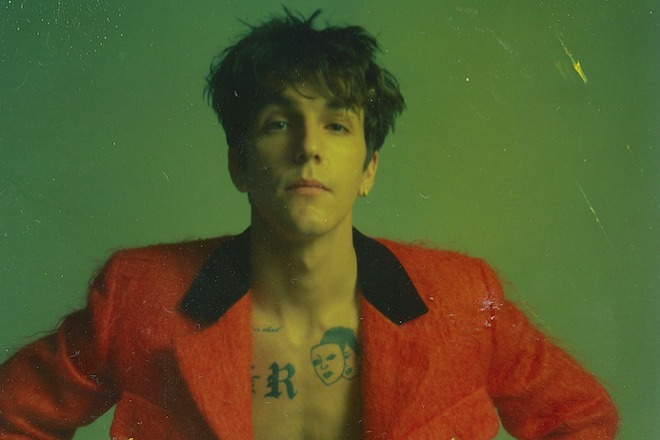 A rising star, the Maine native performs at 8 p.m. on Monday, May 16, at Beachland Ballroom.

The alternative rapper-singer first became intrigued by the idea of producing music when he saw a couple of guys in his freshman dorm at Point Park University in Pittsburgh. They were recording themselves rapping.

“I hadn’t seen that, coming from Maine,” says Pillsbury. “There was no music scene really. I think we had one rapper that kind of made it on the radio. So, I just hadn’t been exposed to it. And then, as soon as I was, I fell in love with it. I was like studying it. I was watching YouTube tutorials on everything.”

Pillsbury was majoring in film, but he hated the structure of school and struggled in all his courses except for writing, which came naturally to him. So, Pillsbury began to record his own raps. His passion for music eventually led him to drop out and move to Los Angeles.

“When I got into music, I was rapping. Like I was not singing yet, and I think that was mainly because I was in Pittsburgh and the rap scene there is like insane,” says Pillsbury. “So, like every week I would email every venue in Pittsburgh. I would send them my music and be like, ‘Hey, who’s coming to town this week? Anyone in the rap world coming? And can I please open for them?’ And I would always be like, ‘I’ll do it for free. I don’t care.’”

And just like that, Pillsbury’s hustle began. He played a lot of shows and cycled through a few stage names, but according to Pillsbury, his music didn’t pick up any traction until he pushed himself to develop as a writer and a singer as well as a rapper.

“I put out this song called ‘cocaine babe’ on SoundCloud at the same time that I changed my name to ROLE MODEL, and it immediately did far better than anything [else] I put out,” says Pillsbury. “It was the first time that I had sang and really dove into songwriting too. That started picking up and that got a lot of attention in Pittsburgh, finally, and I got the opportunity to start recording at ID Labs. It’s like a very legendary place in Pittsburgh. It’s where [rapper] Mac [Miller] made all of his albums. It’s where [rapper] Wiz [Khalifa] made his albums.”

One of Pillsbury’s singles, “girl in new york,” which he had uploaded to streaming services himself, made it onto some platform-generated playlists, and he began to build an online presence from there. Pillsbury then recorded and released his four-track debut EP, ARIZONA IN THE SUMMER. It was one of those tracks, “stolen car,” that caught the attention of Mac Miller.

“Mac Miller’s manager had put one of the songs on his [Instagram] story, and I flipped out. Like out of a movie, I was running up and down my stairs,” says Pillsbury. “I DM-ed him and I was like, ‘Yo. This is insane. I love you guys.’ Blah, blah, blah, whatever. [I was] fangirling. And he was like, ‘Mac loves the song "stolen car." We’d love to have you come out if you want.’ And so, they flew me out to L.A. to meet Mac and work with him. And that’s when like labels kind of started to hear about this. And then, I ended up in L.A. once I had a little bit of money in my pocket from music.”

Pillsbury credits the late Miller with giving him the push he needed to fully commit to music.

“He gave me a lot of motivation,” says Pillsbury. “I mean, I was really about to stop making music a month after ARIZONA IN THE SUMMER, and then that happened, and I was like non-stop from there. It gave me a boost.”

Now, Pillsbury, who turns 25 the day before his Cleveland show, is signed to Interscope Records. His debut album, Rx, just came out.

“I think, me releasing three EPs before I ever got to work on an album was the best thing I could have done, no matter how much I hated it and complained to the label like, ‘Please let me have an album. I’m so glad we waited. Cause it just helps you learn. You get to see what works, what doesn’t work, what feels more authentic and everything. It’s just a way to set yourself up for a great album,” says Pillsbury. “I’m happy I took the time because I pushed myself really hard on this album, lyrically, to have complete ideas, cohesive ideas, and complete stories and themes in these songs. A lot of my old music was just very spill-of-consciousness.”

Pillsbury also wanted the album to be sonically elevated from his previous work.

“My producer Spencer Stewart, who executive produced the whole thing with me, pushed me a lot as well and helped me a lot with little things,” he says. “There’s songs on here with like four-part, five-part harmonies. And I would never be able to do that, but he guided me through that and helped me find my voice and work on my voice. I think in general, it’s sonically a huge step up from my old music. Some of that old music sounds like shit.”

Rx chronicles Pillsbury’s journey from determinedly pushing love away to finally accepting it.

“I started the album at the same time that I fell in love for like the first time in my life. And those two things just coincidentally happened at the same time,” says Pillsbury. “So, inevitably, that turned into what the whole album is about. A lot of it is about falling in love, what it was like beforehand, why it’s so important to me now, the power of a woman, and like how healing that was for me to have someone finally in my life after just like constantly being alone and hiding from any sort of love and just closing myself off.”

Pillsbury teed up Rx  by releasing three featured tracks before dropping the album. The first of these singles was ‘forever&more,’ which details the process of falling in love.

After a several-month gap in releases, except for the haunting thriller “Death Wish,” which is not featured on Rx, Pillsbury dropped two more singles that he felt were a good representation of the entire album, conceptually.

“Our official roll out started with ’if jesus saves, she’s my type,’ which, to me, set up the album and the story really well, because that was kind of a song about the moment right before I met this person that changed my life. And I just saw a lot of similarities in the way that someone would be like on their knees finding God and like on their last straw,” says Pillsbury. “And then there’s songs like ‘neverletyougo’. That’s a lot more current. It’s like, this is what’s happening now. I’m in love. Let me talk my shit. ‘Neverletyougo’ was just fully being open about things. And maybe too open.”

The rhythmic love song features tongue-in-cheek lyrics such as “Respectfully, I think about you sexually.”

On Rx, Pillsbury says he was writing with the live show in mind for the first time.

“We just did like a mini tour in the fall that completely changed my perspective,” says Pillsbury. “So, we ended up kind of adding some songs to the album last minute, and those ones are going to be very fun live.”