The Scoop on Metallica's Secret Friday Bash at HOB 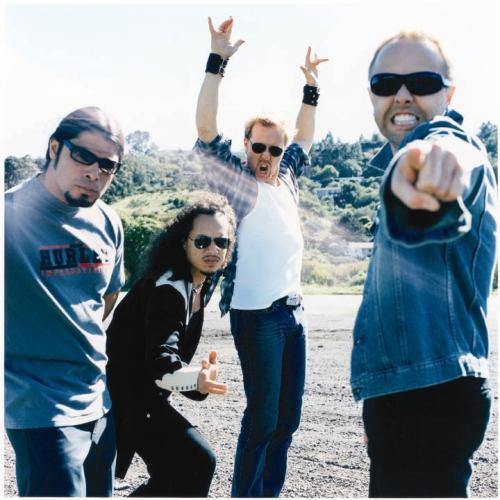 "Why is everyone leaving me?" "Fleming, why are you doing this to me?"

The short middle-aged guy is leaning up against the bar, joking with Fleming at the end of what might be just another night at House of Blues. Except that tonight, we're talking about legendary Metallica producer Fleming Rasmussen, the current subject of torment from Metallica drummer Lars Ulrich, who is still hanging out at nearly
3 a.m. at HOB's bar.

On the eve of Metallica's induction into the Rock and Roll Hall of Fame, the band gather at HOB for a super-hush hush party hosted by their longtime management Q Prime, with only friends, Q Prime employees and select label execs on the invite list. Earlier in the week, rumors began to circulate that Metallica would play a secret show before/after the induction ceremonies. By the end of the week, rumors of the event had been downgraded to "private party" status and HOB employees did their best to appear completely unaware of the event, with one employee emailing me back the reply "I honestly haven't heard anything about that!" in response to my inquiry trying to confirm the event. Another associate spoke with Metallica brass and got the message "If Metallica doesn't know you, you're not getting in."