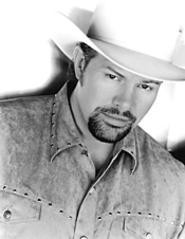 Toby Keith
Since last September 11, the past year has brought out the best and worst in Americans. To his critics, Toby Keith exemplifies the latter. In early August, the country star's eighth album, Unleashed, debuted at the top of the Billboard country and pop charts, thanks to the controversy over its lead track and first single, "Courtesy of the Red, White and Blue (The Angry American)." Of course, the 41-year-old former semi-pro football player started muscling his way to the top of the country heap only when he began releasing such macho boasts as 1999's "How Do You Like Me Now?!" and last year's "I Wanna Talk About Me." But the bloodlust vented on "Courtesy of the Red, White and Blue" takes macho to another level, and Keith's career may follow: Unleashed sold nearly three times as many copies in its debut week as Keith's previous album, last year's Pull My Chain.

Still, if Keith's knee-jerk rant represents the worst of America, it also exemplifies country music at its best -- or at least its truest. Combining cornball imagery ("the Statue of Liberty/Started shaking her fists") with one-for-all demagoguery ("We'll put a boot in your ass/It's the American way"), it voices the anger of the bully next door with a precision and passion that wouldn't feel nearly so honest if a rock star were singing it. Certainly it rings louder and longer than the pro forma patriotism of Neil Young's "Let's Roll," and it may even stand the test of time as well as "Okie From Muskogee," the classic patriotic anthem by one of Keith's heroes, Merle Haggard.