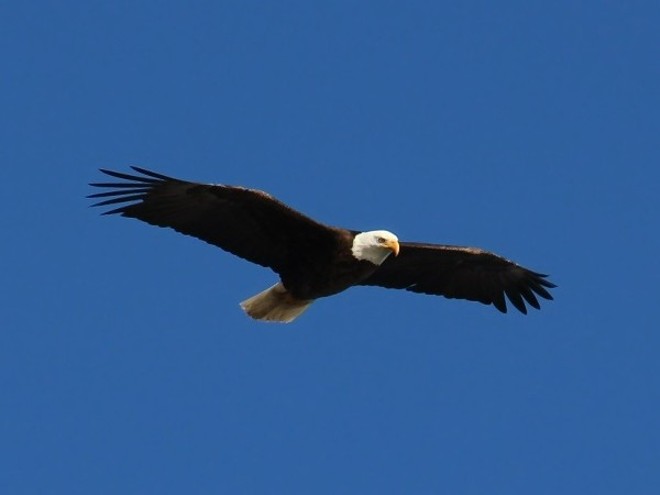 Photo via Wikimedia Commons
In 2015, Redwood Elementary School in Avon Lake placed a 360-degree angle camera on their school's grounds to watch a nesting pair of bald eagles. This year, the school and other enthusiasts around the world, continue their avid watch of the nest, where three eagle eggs have recently been discovered.

The first egg was seen March 1 at 5:07 p.m., and the second was spotted not much longer afterward on March 4. A third egg was discovered at the end of last week.

The baby news is particularly exciting to Ohioans because the birds of prey are slowly regaining their presence in Northeast Ohio again, after the future of the species looked bleak in Ohio back in 1979.

The two love birds growing their adorable family at the school have been given the names Stars and Stripes by the Avon Lake community. Eagles usually incubate their eggs for around 35 days.

Those interested in joining the bird watching can do so on the livestream below: