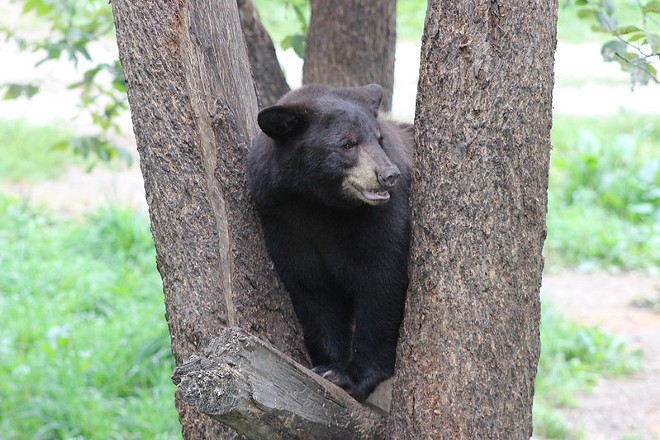 USFWS Midwest Region/Flickr
More than a third of America's fish and wildlife species are at increased risk of extinction, but a bill advancing in Congress this week could help.

The Recovering America's Wildlife Act is scheduled for markup in the House Natural Resources Committee Thursday.

According to Collin O'Mara, president and CEO of the National Wildlife Federation, the bipartisan bill would provide more than $1.3 billion a year to implement federally approved wildlife conservation efforts.

"The goal is to invest in proactive, collaborative conservation in all 50 states and all the territories to try to save the full diversity of America's wildlife," he explains.

Ohio's portion of the fund would be approximately $28 million each year.

There are 94 species listed as endangered in the Buckeye State, including the black bear, Indiana bat and Allegheny woodrat.

O'Mara points out that efforts to conserve wildlife species that are hunted or fished have been very successful, but few resources have been steered toward other species.

"So right now, we have populations of amphibians and reptiles, of songbirds - and grassland birds and forest birds, and shorebirds - that are plummeting," he states.

O'Mara adds more than 1,600 species are listed under the Endangered Species Act and another 150 are presumed extinct.

More than a decade ago, the federal government began requiring states to formulate wildlife action plans to qualify for small-state wildlife grants. O'Mara says states came up with some very good plans.

"The problem is they're [an] unfunded mandate," he points out. "There's never really been the resources put behind them to implement them and the Recovering America's Wildlife Act, a primary goal of it is to fund the implementation of these plans, to make sure that we are saving the full diversity of wildlife."

O'Mara adds that taking action early, before species are on the brink of extinction, is much more cost effective than waiting until they're added to the endangered species list.