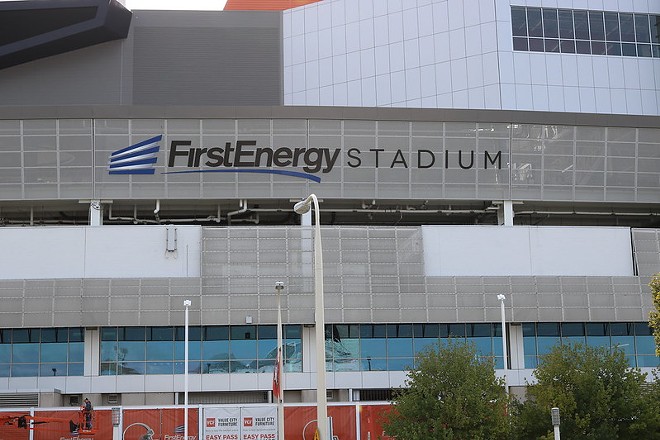 FirstEnergy/FlickrCC
The name remains even after the scandal

A Cleveland City Council emergency resolution is calling on the FirstEnergy Corporation to relinquish its naming rights to the city-owned football stadium that has borne the private utility's name since 2013.

Sponsored by Ward 16 Councilman Brian Kazy, the resolution stems from the statewide HB6 scandal — thought to be the largest case of racketeering  in Ohio's history — during which First Energy is alleged to have funneled $60 million to a nonprofit organization controlled by former House Speaker Larry Householder in order to bribe lawmakers into passing the controversial nuclear bailout.

"That First Energy continues to market itself using the public's taxpayer funded stadium signifies its failure to fully acknowledge its criminal behavior and unintentionally implies community support for a criminal enterprise," the resolution reads.

Kazy told Scene Friday that while he is currently the only sponsor of the measure, he expects that it will pick up additional co-sponsors as it moves through council's committee process.

"In speaking with my colleagues, I'm confident I'll have plenty of votes to get it passed," he said.