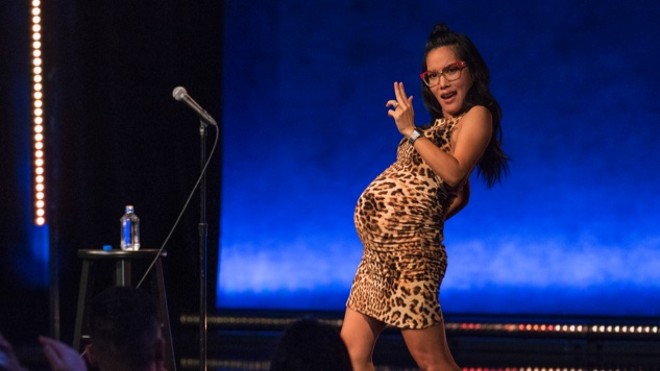 Netflix Special Screenshot
Comedian Ali Wong — whose outrageous Netflix specials Hard Knock Wife and Baby Cobra pulled back the curtain on the horrors and hilarity of motherhood — is bringing her newest standup show to Cleveland next year.

Hitting up the Masonic Cleveland Auditorium May 3, the stop is only one of 13 announced thus far in the new year. Unlike her last two comedy specials, Wong isn't pregnant. But rest assured, the comic will have plenty to talk about as a mother of two.

Tickets start at $40 and go on presale tomorrow.

See her other tour stops below:

Announcing the first set of cities for the Milk & Money Tour. The pre-sale begins on Wednesday, 10am local time. You’ll be able to purchase tix via my website. Link in bio 👆👆👆I will give out the pre-sale code Wednesday morning. In the new year, we will be releasing other dates. Let me know what town you’re in and I’ll do my best to come!

Get a taste of Wong's humor right here: