Councilman Brian Mooney Didn't Run Much of a Campaign Against Judge Joan Synenberg, But County Democratic Party Support Carried Him to Victory

Without the county Dems' sample ballot, Mooney probably would have lost 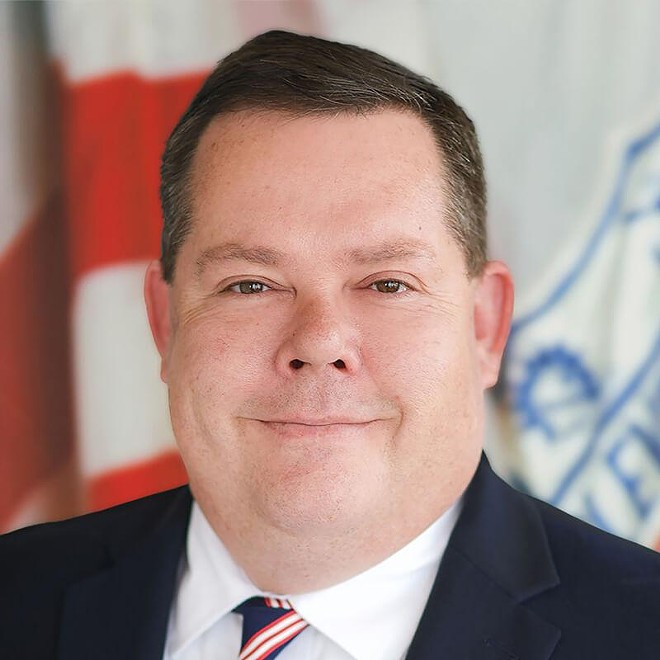 Ward 11 Cleveland city councilman Brian Mooney, in what qualified as a shocker, beat well-respected 16-year incumbent Cuyahoga County Common Pleas Judge Joan Synenberg in Tuesday's election by 732 votes, according to unofficial results from the board of elections.

(The race is likely heading for an automatic recount, and additional outstanding provisional and absentee ballots may still be uncounted.)

The councilman in January announced, just months after winning re-election, that he'd be seeking the seat, driven by a desire to see a Democrat challenge the Republican instead of letting her run unopposed.

"It wasn't a planned-out decision," Mooney told Scene. "I had just won council, and when I saw no other Democrat had the courage to run — that they'd all prefer to run against each other, and that's the truth — I said, I'm going to do it."

Between then and this week, however, residents of Cuyahoga County wouldn't have been remiss in thinking that he wasn't running much of a campaign at all. No signs, no campaign stops, no fundraisers, no radio ads.

The "he didn't campaign" thing is a bit of a misnomer, he said.

"I self-funded $20,000," he said. "Because I was running against an incumbent who had support, I decided to fund myself instead of hitting up my friends and family. It's hard to fundraise as a judicial candidate. I used $20,000 on direct mail pieces. That was my budget."

But he also didn't participate in Cleveland.com/Plain Dealer's endorsement interview process. (The PD endorsed Synenberg, which the editorial board noted was not simply because Mooney declined to talk.)

And he didn't participate in surveys conducted by various lawyer groups and bar associations that are compiled into ratings and recommendations by Judge4Yourself.

"You make choices when you seek endorsements," he told Scene. "Just because they have one doesn't mean you have to or should go after it, because every endorsement process involves a lot of time. Some of these endorsements involved six or 10 pages, it's a lot of work to seek it, and some of these groups want to empower themselves. To me, the most important group I want to empower is the Democratic party... I don't know that residents care what lawyers think about other lawyers. I did care and seek out the endorsement of the Stonewall Democrats, because in today's society, the LGBTQ society are the bogeyman for the Republicans, and they're an important core segment of Democrat party."

Mooney also told Scene he takes his job on city council very seriously, a job that entails more than 40 hours a week, he said, and that job was his priority this year, with campaigning for the judicial seat a secondary concern.

"I didn't want this campaign, one way or the other, to take away from the time I spend serving my residents," he said. "I might have considered participating in some endorsements had it not been a long document that would have taken me eight or nine hours to fill out, when to me, I have a very demanding job and I didn't want to take one minute away from it. I had my council job, I wasn't losing it, so the first priority was my residents. I had limited time."

The lack of public action, in addition to Synenberg's record and campaign spending, made last night's victory all the more improbable.

But what Mooney did have was the endorsement and support of the Cuyahoga County Democratic Party, which included him as the preferred candidate in the race on more than 100,000 sample ballots distributed in the leadup to the election. That sample ballot, both he and party officials say, was essential in driving the Democratic clean sweep of nine county judicial races, especially with no party affiliations listed on the ballot.

Without it, he wouldn't have won, he said.

"The party had gone away from them, for whatever reasons, but I have to credit Dave Brock and the whole team," Mooney said. "The proof was there — the sweep of all the races, but particularly my race. I was grossly outspent. I didn't have the endorsement of the PD or labor or any of the lawyer groups. It really showed yesterday. The Democratic Party and its sample ballot, that's the key to the block."

For his part, newly crowned Cuyahoga County Democratic Party Chair Dave Brock, who ran on a campaign of increased voter engagement and widescale party visibility across the county, agreed, citing the sample ballot as a huge success, as well as canvassing efforts by volunteers and the launch of a texting program and robocalls.

While disappointed with turnout, specifically in the city of Cleveland itself, Brock pointed to what he felt were some bright spots.

"The key thing we're preparing for is how do we get people plugged in so they can do good things," he told Scene. They had good buy-in with canvassers, and the sample ballot program more than paid dividends in the judicial races.

"It's a testament to what we did," he said, generally about the slate but specifically with respect to Mooney's race. "Had we done nothing, had we not had the ballot program, I suspect he might not have won, and I suspect he feels the same."

Mooney said that while he was clearly the underdog, he was a known commodity in public office with years of experience with the city and county prosecutor offices as well as in the Ohio Attorney General's office, but credits the Democratic party push with the sample ballot in carrying him to victory.

"Every judge up there likes to think they're elected because they're smart or a good judge," he said. "But a lot of it has to do with name recognition, most of it has to do with whether or not you're a Democrat. But there are qualified Democrats and qualified Republicans in every race, and it comes down to which party is able to better push their candidates, and judges sometimes forget that."

Since Mooney will vacate his council seat before two years of his new term have elapsed, it will be filled via a special election, as opposed to by appointment.