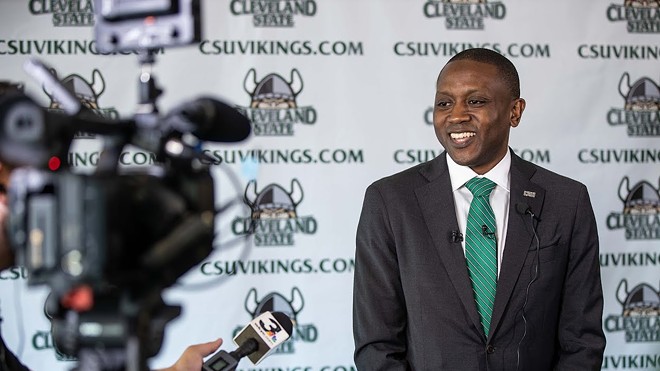 Cleveland State University men's basketball coach Dennis Gates made $40,000 in performance-based bonuses for the 2020-2021 season, per the terms of his five-year contract. The incentives were on top of his $285,000 base pay.

Gates would have earned an additional $10,000 for a win in the first and second rounds of the NCAA tournament. Gates' bonuses can never exceed $100,000 in a single season, per his contract.

Stadium reported on Gates' five-year contract when he signed it in 2019. His base pay began at $280,000 and is scheduled to increase by $5,000 each year of the contract. CSU confirmed Gates' performance-based incentives for the current season.

During the televised games of CSU's postseason run, Gates was frequently mentioned by commentators as a talented coach with a strong connection to his players whom schools in bigger conferences might try to pry away from Cleveland State.

Gates' compensation, especially with his performance-based incentives, is competitive with other head coaches in the Horizon League. (Wright State's Scott Nagy commands the highest base pay among Horizon League Coaches, at $500,000.)

But it pales in comparison to coaches at the nation's top basketball schools. The University of Kentucky's John Calipari is the highest paid of all NCAA basketball coaches, with annual compensation topping $8 million.