Quiet, versatile role player to earn as much as Ricky Rubio, could even start at small forward 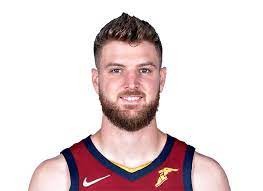 Today is Cleveland Cavaliers media day,  which means fans and credentialed members of the press get to salivate over the glittering prospects of our handsomely equipped local pro hoops squad. Alongside the overachieving  Cleveland Guardians, the Cavs are a team that's actually fun to be a fan of. Imagine.

If you missed the big offseason news, the Cavs are now serious contenders in the NBA's Eastern Conference, having armed themselves with a powerful new backcourt weapon: Donovan Mitchell, among the best shooting guards in basketball and one of the greatest per-game playoff scorers of all-time. (The Cavs traded Collin Sexton, Lauri Markkanen, rookie Ochai Agbaji and three unprotected first round picks to entice the Utah Jazz into parting with their star.)

Thanks to coaching turbulence in Boston, ongoing melodrama in Brooklyn, and various unknown dominos that fall every season and affect the contours of competition, Cleveland stands a very good chance of securing a top six spot in the East, and could make a deep playoff run.  Fans are all but expecting it, now that the starting line-up could feature four all-stars in Darius Garland, Mitchell, Evan Mobley and Jarrett Allen.

But the big news on the eve of media day was not Donovan Mitchell. It was the contract signing of a beloved role player who has carved out a perennial role in Coach JB Bickerstaff's rotation and in fans' hearts.

Dean Wade, who was initially signed as a two-way player in 2019, suiting up for both the Cavs and its developmental team, the Cleveland Charge; Dean Wade, whom ESPN's Zach Lowe lovingly describes as an accountant; Dean Wade, who shoots reliably from three-point land and defends aggressively on both the perimeter and in the paint; Dean Wade, who gave no less than Kevin Durant headaches as his primary defender when the Cavs faced the Nets last year.

The cornfed white fella who played his college ball at Kansas State has now signed a three-year contract extension with the Cavs worth as much as $18.5 million, with more than $16 million guaranteed. Wade's fourth-year option was exercised last year, and he's slated to make just under $2 million this season. But the contract extension keeps him in a Cavs uniform through the 2025-2026 season, and he'll be earning about as much as point guard Ricky Rubio through that span.

A slight overpay? Perhaps. But as the Cavs succumbed to injuries over the previous two seasons, Wade was often inserted in the starting lineup and acquitted himself honorably in the role. He's now seriously being discussed as a contender for the starting small forward job. (Caris LeVert and Isaac Okoro are likely the frontrunners, though Cedi Osman continues to lurk as well). At 6'9",  Wade is the tallest player in contention, and the closest approximation to Lauri Markkanen, who started at small forward last season.

Speaking of former Cavs folk heroes:  Point guard Matthew Dellavedova has signed a contract with the Sacramento Kings, where he's expected to play a mentorship role for the team's bevy of young guards. Delly has been out of the league for a few years, but now rejoins former Cavs head Coach Mike Brown in California's capital.

Sam Allard is the Senior Writer at Scene, in which capacity he covers politics and power and writes about movies when time permits. He's a graduate of the Medill School of Journalism at Northwestern University and the NEOMFA at Cleveland State. Prior to joining Scene, he was encamped in Sarajevo, Bosnia, on an...
Read More about Sam Allard
Scroll to read more Cleveland Sports articles