DEATH BY 1,000 CUTS: GOP GENEROSITY IS KILLING US

One of the most dearly held beliefs of the conservative faith is that tax cuts stimulate economic growth, leading to even greater tax revenues. This old koan is as holy and unquestionable to hardcore righties as the virgin birth is to Christians — just less plausible. There’s no direct evidence against the immaculate conception, but there’s more than enough to bury the tax-cut myth. At least there should be. 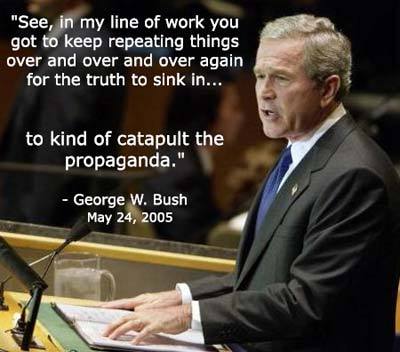 President Bush’s comptroller general, David M. Walker, recently conceded to the Washington Post that Bush was unquestionably “the most fiscally irresponsible president in the history of the republic.” He referred to the dramatically increased borrowing, from China and elsewhere, that fueled Bush’s drunken-sailor spending, even as he slashed taxes, primarily for the already wealthy.

Of course, that didn’t stop Bush from claiming in 2007 that “our tax cuts have fueled robust economic growth and record revenues.” In an editorial, the Washington Post pointed out what no Republican ever would: the truth. “Harvard’s N. Gregory Mankiw, an economic conservative who served as chairman of Mr. Bush’s Council of Economic Advisers, has tested the hypothesis on which Mr. Bush’s claim is based: He looked at the extent to which tax cuts stimulate extra growth and the extent to which that growth generates extra tax revenue that offsets the initial loss of revenue from the tax cut. Mr. Mankiw’s conclusion: Even over the long term, once you’ve allowed all of the extra growth to feed through into extra revenue, cuts in capital taxes juice the economy enough to recoup half of the lost revenue, and cuts in income taxes deliver a boost that recoups 17 percent of the lost revenue. So a $100 billion cut in taxes on capital widens the budget deficit by $50 billion, and a $100 billion cut in income taxes widens the budget deficit by $83 billion."

Bush’s cuts? $2.5 trillion just in the first 10 years, according to a new report from Citizens for Tax Justice. By contrast, the health-care reform proposals that Republicans are screaming about would cost about $1 trillion by Congressional Budget Office reckoning.

“President Bush and his supporters argued that these high-income tax cuts would benefit everybody because they would unleash investment that would spark widespread economic prosperity. There seems to be no evidence of this, particularly given the collapse of the economy at the end of the Bush years.”

In Ohio we’ve endured a double dose of Republican punishment for failing to be rich. Earlier this year, Policy Matters Ohio released an analysis of the effects of House Bill 66, the state legislature’s tax-slashing measure of 2005. “The intent of the strategy was to reshape Ohio’s tax code and deliver tax cuts to both businesses and individuals on the premise that these actions would improve the state’s economy.”

Stop me if you’ve heard this one before.