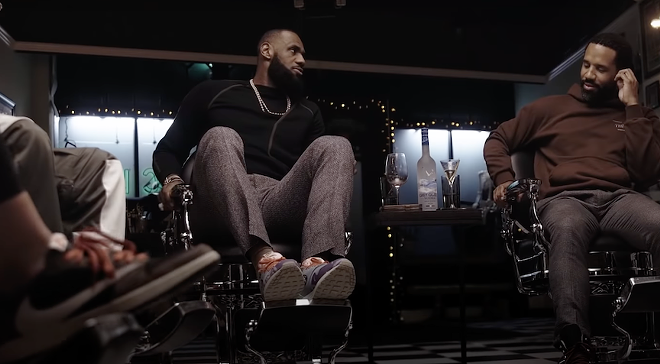 Uninterrupted
LeBron and crew at Black Cat Barbershop in Cleveland

The latest installment of LeBron's 'The Shop,' the second episode of season five, hits the air tomorrow on the UNINTERRUPTED YouTube channel. Clips from the trailer, which you can watch below, have already made their way through Twitter as LeBron, who will miss the playoffs this year, answers which future, current and past players he most wants to play with. (The answers, respectively: Bronny, of course; Steph Curry; and Scottie Pippen.)

As for the local news here, eagle-eyed local observers might have noticed familiar paraphrenelia on the barbershop set's walls.

The episode was filmed in Cleveland during NBA All-Star weekend at Black Cat Barbershop in Detroit-Shoreway.

The shop was closed down for two days for set-up and filming, and all staff members received their regular pay for the days.