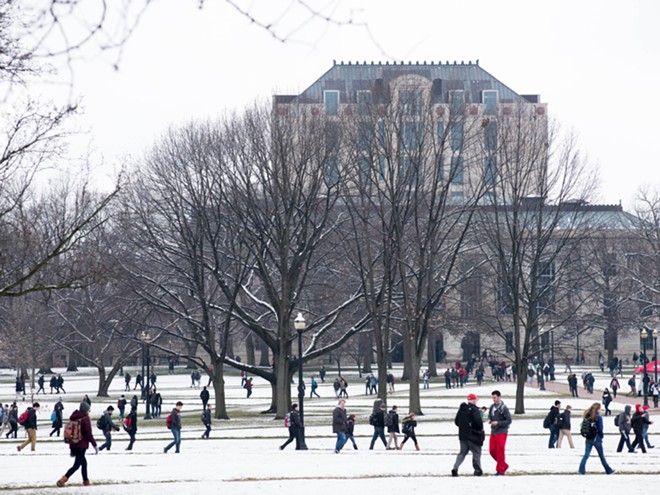 Higher education experts in Ohio say the student debt changes announced by President Joe Biden are targeted in the right direction, and should be a guidepost for the future.

“Higher education is a public good and what benefits lower income people is going to benefit everybody,” said Piet van Lier, a senior researcher with Policy Matters.

Student debt has been an issue in the state and nationally, and the Ohio Attorney General’s Office was criticized for going after students who’d defaulted on student debt in the same way they go after other debt, like those owed to courts.

State law requires higher ed institutions to certify outstanding debt to the AG’s office 45 days after the amount is due.

While the short term benefits of the new student loan plan, such as the up to $20,000 for Pell Grant recipients, definitely send a positive message, van Lier said the long-term benefits like changes to the interest rate and poverty-level collections could help future generations afford colleges and universities.

But Ohio’s system of higher ed could use other improvements to create more access points for students as the years go by.

Institutions themselves could re-allocate resources to help with affordability, according to higher ed sources. Ohio University, for example, had revenues that exceeded expenses in every year from 2014 to 2020 in a the most financial analysis, commissioned by the American Association of University Professors’ OU chapter.

“Although enrollment is declining, capital spending in 2020 was higher than in any year since 2015,” the report stated.

Increases to the state share of instruction – the main funding for higher education provided through the state government – and prioritization of scholarships as a main source of funding for students could easily help bring students to to Ohio’s campuses, even as first-generation students.

The use of the College Credit Plus program could also help, with students able to obtain associate’s degrees, or credit to bring to a four-year college while still in high school. Ohio Auditor Keith Faber promoted the program as a way to benefit students and the state.

Legislation in Ohio has been slow-moving in addressing student loan debt, including a bipartisan bill is set to be back on the General Assembly’s docket when they return in the fall. The bill would forgive certain higher education loans if the students remained in Ohio after graduation.

Because student debt impacts minorities at a greater level than others, the Ohio Legislative Black Caucus set a goal to continue fighting for further assistance to pay down student loans.

“The Congressional Black Caucus remains committed to achieving additional reforms to ensure current, and future borrowers are not subjected to this cycle of burdensome debt,” the group of legislators said in a statement after the Biden plan was announced.