Forty Weddings and a Petro

Eastlake Mayor Dan DiLiberto didn't show anyone the money, but he's off the hook anyway. 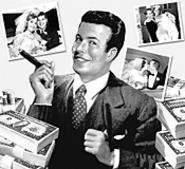 In politics, the little temptations can be the most dangerous. Solon Mayor Robert Paulson applied campaign contributions to his credit card debt. Warrensville Mayor Raymond Grabow allegedly used a police database to look up rivals. Mayfield Mayor Blase Pietrafese rolled back odometers on used cars. All three were busted; all three lost their jobs.

Taking $50 to officiate at a wedding seems even more trivial, but it's no less serious. After all, the law is specific: Mayors cannot profit from duties performed as part of their job. If they collect "donations" for wedding ceremonies, they have to put them in city coffers within three days. If they don't, they're stealing.

Pilfering such fees isn't exactly grand larceny, but it can be enough to end a promising career. Medina Mayor James Roberts was charged with felony theft in office for allegedly pocketing about $200 in wedding cash; he later copped to a misdemeanor to keep his job. Avon Lake Mayor Vince Urbin convinced a jury that he'd donated his fees to charity, yet earned a jail sentence for evidence-tampering during the investigation.

Real estate agent Stan Leff had heard those stories. He'd also heard rumors that Eastlake Mayor Dan DiLiberto insisted on cash donations for wedding ceremonies. Leff was fervently supporting DiLiberto's challenger in the 2001 mayoral race, and he saw the whispers as an opportunity. "It got my curiosity up," he admits.

Snooping through public records only increased Leff's suspicion. Not a dime had been deposited in Eastlake's "wedding money" fund since 1998. In that time, court records showed 40 weddings with DiLiberto at the helm.

So Leff turned his findings over to Ohio Auditor Jim Petro. Petro, who was elected attorney general two weeks ago, had a reputation as an anti-corruption warrior, willing to use the much-dreaded "special audit" on politicians who misuse government funds.

But a preliminary investigation soon fizzled. Despite a dramatic Fox 8 I-Team report on his involvement, Petro first declined to order his infamous special audit, then failed even to reprimand DiLiberto in his regular audit of Eastlake.

It was a victory for the mayor, who gleefully trumpeted his vindication. But internal memos from the investigation tell a more complex story: By DiLiberto's own estimates, he accepted $1,680 that he never passed on to the city. Records also show that he failed to provide documentation requested by the auditors, despite repeated prodding.

Leff couldn't understand why no action was taken. But one curious fact made him wonder: At the time of Petro's investigation, the auditor's only brother was on Eastlake's payroll.

J. William Petro was never elected to any office beyond the Brooklyn School Board. His younger brother Jim, a Republican who advanced from Cuyahoga County commissioner to state auditor, was the polished politico.

Pudgy and personable, J. William instead excelled at the inside game. The former municipal court bailiff won jobs under Ralph Perk and the Ohio attorney general before managing Ronald Reagan's Ohio campaign in 1980. After the Gipper made it into office, J. William was named U.S. attorney.

It didn't last. In 1984, a grand jury charged Petro with leaking contents of a sealed indictment to a friend. Reagan fired him, a jury found him guilty of criminal contempt, and the justice department sued him for failing to disclose a series of personal loans. Five years later, he filed for bankruptcy.

But Petro rebounded. Despite his criminal conviction, Ohio's bar association opted not to revoke his law license. And, in the tradition of other disgraced public servants, Petro found his calling as a lobbyist. By the late '90s, he'd carved out a lucrative Statehouse "consulting" business, representing engineers, communication firms, and the Ohio Aerospace Institute.

In October 2000, the City of Eastlake, eager to acquire more state funds for a planned Class A baseball stadium, hired Petro for $3,000 a month.

As it turned out, Petro didn't exactly bring home the bacon. Despite lobbying top execs like the governor and his own brother -- and earning a total of $46,000 in the process -- he failed to collect any additional cash for the ballpark. He died unexpectedly of a brain hemorrhage last summer.

But he still may have hit a home run for DiLiberto. After all, in July 2001, Leff filed his complaint. By December, the case was all but closed.

The mayor, perhaps unsurprisingly, responded evasively. Despite officiating at a wedding just two months before, DiLiberto claimed he hadn't performed a ceremony "in some time," adding that in some instances he had "received donations" and not in others. He also included some curious enclosures: a photograph of Eastlake's Boulevard of 500 Flags and a receipt showing a $1,000 donation to the city's flag fund, ostensibly to demonstrate that any wedding fees had been applied to public purposes.

Dissatisfied, Saionzkowski demanded proof that the fees were deposited in city accounts, and the auditor's chief legal counsel, D. Michael Grodhaus, later repeated the request. But it was Eastlake Law Director Ted Klammer who responded to inquiries, and he was no more forthcoming than DiLiberto.

Klammer's first letter to the auditors included an unsolicited legal opinion in which he agreed that wedding money belonged in a city treasury. He also enclosed letters extolling the virtues of the mayor's contributions to Eastlake's "lighting extravaganza" and the Police Athletic League. In later correspondence, the law director explained that DiLiberto didn't have receipts and could only "estimate" donation amounts. Included was a photocopy of Leff's list, with a long line of "70"s penned in.

Grodhaus referred the matter to the Special Audit Committee. "In my recent letter to Mr. Klammer, I requested he provide us with statements or affidavits from the couples," he wrote. "Mr. Klammer . . . instead has provided us with information from the mayor's memory."

When the committee met on December 11, Auditor Jim Petro and five employees agreed not to order a special audit. Minutes say only that the matter was referred to the city's next regular audit.

And that was the end of it. The regular audit, released in June, had hundreds of line items to assess and examine, and a few thousand dollars in wedding "donations" probably seemed insignificant. The auditors did no more than note the allegations and DiLiberto's charitable contributions, then suggest city council adopt strict policies for wedding money collection. Council never followed up on the suggestion. (President Robert Mahler did not return calls for comment.)

DiLiberto's allies claimed victory. "Is anyone in Eastlake running a temperature over these 'misdeeds' by the mayor?" the Willoughby News-Herald breezily opined. "If so, a cold shower might be in order." The paper never mentioned J. William Petro.

Kim Norris, a spokeswoman at Jim Petro's office, said auditors decide whether to perform a special audit based on the merits of each case. She did not return repeated calls seeking more information about Eastlake. DiLiberto, too, did not return calls for comment.

State ethics law doesn't seem to impugn either Petro's actions. While declining comment on the specific case, Jennifer Hardin, chief advisory attorney for the Ohio Ethics Commission, said the law stops public officials from investigating a family member's employer only if the investigation "would have a definite and direct effect" on the relative.

Even a conspiracy-minded gadfly would have a hard time making that claim of J. William Petro, since his work for the city didn't carry over to 2002.

For all his activism, Leff is loath to cast stones publicly. But he can't help but feel a nagging sense of wrong.

"I don't want to pick on a dead man, but it makes you wonder what the heck was going on," he says. "It disturbs me."

It was petty corruption at most, he knows. But sometimes that can smell just as bad as the big stuff.