Cleveland’s graffiti artists are plenty daring, but are they any good? 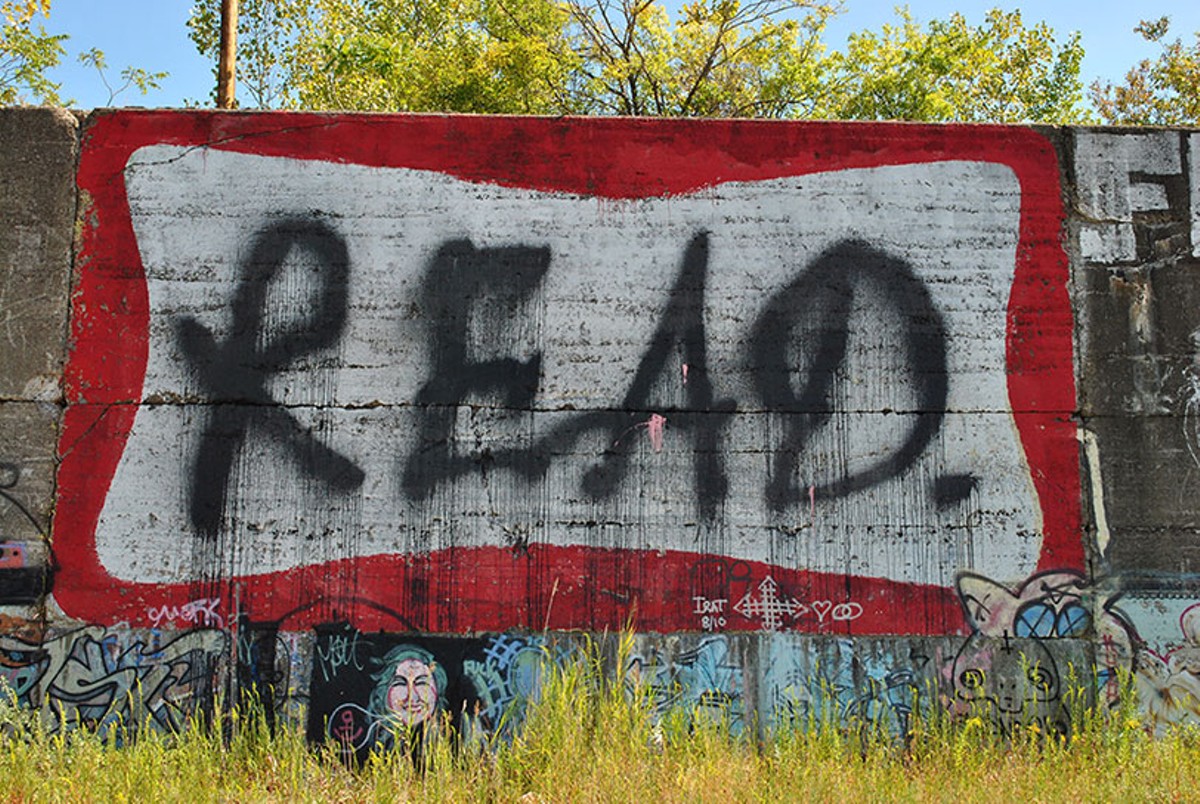 Some of the best-known painters in Cleveland don't use their real names. They find their fame not in our gallery halls but on our neighborhood walls. Call them taggers, writers, or self-appointed decorators of a city in need of some cheerful color. Their invented names go on and on, like the black book of an underground art-crime syndicate.Of course, they are also vandals — scofflaws breaking the law with each stylized letter they paint. But love it or hate it, graffiti art over the last decade has become an ever-increasing part of our local landscape. And Cleveland offers no shortage of canvas, from our commuter rail system that runs through a concrete trench to our streets, crisscrossed by countless railroad and highway bridge abutments. Few other cities feature our acres of abandonment — ruined buildings that no one but graffiti writers seem to have any use for.

Given the locations of some of their work, their sense of daring seems endless too. They seek out the highest peaks and the walls where freight trains rumble perilously near. They strategize like an army of the night, dressed in dark clothes and plotting their attack. They scale fences and slip through gaps, climb fire escapes and rickety ladders to enter abandoned buildings — all the while racing to avoid the law.

But do they make good art? Do they have anything to say to the rest of us? Do they deliver any new ideas, or is theirs just a collage of fake names scrawled out in fat letters, ego trips that mean nothing except to the writers and their crews? Join us, if you will, for an aerosol travelogue profiling some of Cleveland's most prominent or otherwise interesting graffiti on view across town today.

Many of Cleveland's graffiti writers show plenty of technical skill. Most know how to keep lines flowing, how to make sure paint doesn't drip unless they want it to. They invent personal fonts that become hallmarks of their work. They start with drawings in sketchbooks, then translate them freehand to mural size.

The fine example above brings this process to fruition. It can be found on the railroad bridge abutment on Chester Ave., near East 55th St. The guys at the car wash there say the city routinely trots out court-ordered work crews on community service projects to buff the graffiti with gray paint. Mostly that's all that remains there now. But a new piece by Hoer and Jiminy Cricket has popped up lately, fresh as a field of spring grass.

It's not intense in color: The lettering is rendered in a diffuse, creamy shade, with forest green outlines and shadows and white accents. But the piece works in a number of ways. Its lines flow consistently, like a Buick from the mid-'70s, and they don't look cramped anywhere. The shadowing is effective, and the green lines here and there across the face of the letters give it the look of something carved out of stone. The words "Car Wash" above offer a polite nod to its surroundings. And at right, Jiminy Cricket himself can be seen chirping the name of the BAK collective, one of Cleveland's most active graffiti crews. (The acronym, which features an angelic halo over the "A," stands not so angelically for "Blunts and Krylons.") Sure it's illegal, but it also brightens up a gloomy drive through the mostly blighted near East Side.