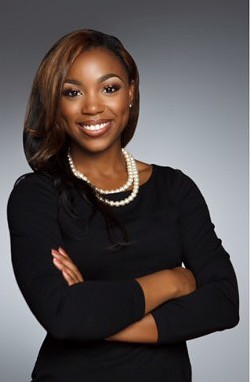 Gray will appear, alongside broadcast crew Fred McLeod and Austin Carr, beginning with the Cavs' season opener against the Toronto Raptors Wednesday night.

Like Clifton, Gray was a collegiate basketball player. For the Florida State Seminoles, Gray won two ACC Championships and advanced to the Sweet 16 twice and the Elite 8 once in four consecutive NCAA tournament appearances. She graduated in 2010 with a degree in communications and social sciences. She spent two years as a writer for SLAM Magazine, covering the WNBA and women's college hoops.

Fox Sports Ohio also announced the hiring of Caleigh Griffin as a digital host and reporter for the station. She'll take the lead in producing feature segments for the Cavs' pre-game and post-game shows.