Greyhound Bus Leaves Cleveland for New York, Makes it to Pennsylvania and Lands in Toledo 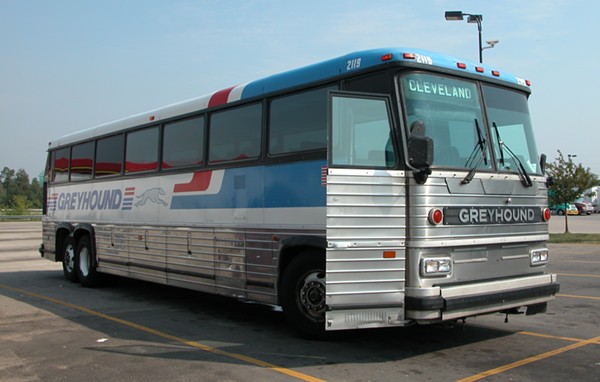 A Greyhound bus driver gave some Clevelanders the ride of their lives this morning. After leaving the Greyhound station nearly three and a half hours late, the bus proceeded to drive around in a giant circle for seven hours and somehow wound up in Toledo.

The bus was scheduled to leave around 2:30 a.m. but didn't pull out from the station until closer to 6 a.m. Somewhere around Pennsylvania, the bus experienced a "road failure" and was instructed by Greyhound corporate to turn around and head back to Cleveland to exchange the bus.

Luckily the driver, who clearly has the absolute best sense of direction in the history of humanity, completely drove past Cleveland and continued west for another two hours until arriving in Toledo.

These passengers were trapped on a seven hour bus ride from hell, and the irony is that their destination in New York City would have only been an hour away had the driver just kept moving forward.

Despite this, Greyhound has publicly stated that customers interested in receiving a refund can contact their customer service number at 214-849-8966.

Greyhound is continuing to investigate the situation. Here's hoping they at least bought all of the customers some Tony Packo's while in Toledo.