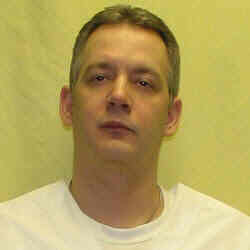 It’s becoming increasingly clear that the jailhouse snitch who testified that he heard Brett Hartmann confess to killing Winda Snipes was lying to get out of jail sooner—committing perjury ("Deadline," March 25). But Summit County prosecutor Sherri Bevan Walsh is still pushing to have Hartmann executed on April 7. Apparently, she’s learned nothing from the Clarence Elkins debacle.

Here’s the transcript of the e-mail exchanges between the lawyer for the jailhouse snitch and Hartmann’s attorney. We left in the typos:

Dear Mr. Adgate
I am an investigator with the Federal Public Defender's Capital Habeas Unit. I am assigned to the Brett Hartman capital case. … On March 5, 2009 the Ohio Parole Authority recommended against clemency for Hartman. Hartman's case for clemency is now before Governor Strickland.

We continue to seek information to present to Governor Strickland that would support commutation for Hartman. Yesterday we were informed by a media source that you may have information regarding your former client, Bryan Tyson who testified at Hartman's trial regarding a jailhouse conversation in which Hartman admitted killing Winda Snipes and removing her hands. Because Hartman made no inculpatory statements to investigating police, Tyson's testimony detailing a "jailhouse confession" by Hartman was powerful evidence in the state's case.

Our media source claims that you have information that Tyson did not testify truthfully. It is our understanding that prior to Tyson testifying against Hartman, you advised Judge Callahan that Tyson would perjure himself.

Hartman's execution on April 7 is inevitable unless we can provide compelling evidence that he may not be the perpetrator of Winda Snipes's murder. If Brian Tyson did testify falsely, such in formation would be of great assistance in our plea for clemency. Please contact me at **** so that we can discuss this matter. Thank you in advance for your assistance.