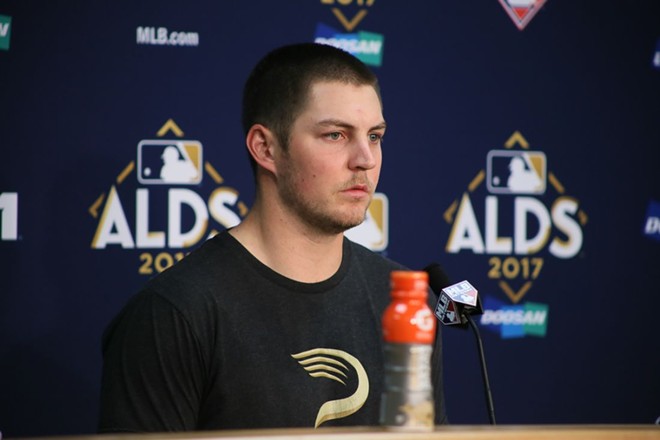 The new campaign kicks off tomorrow, the same day as the Indians season opener against the Seattle Mariners. The plan, as detailed on his website, is to donate $420.69 to 69 charities over a 69-day time frame.

As Bauer explained to Yahoo Sports, the campaign was born out of his arbitration battle to get paid a salary of $6,420,969.69. Since Bauer's settled upon salary for the year was $6,525,000, he's decided to give away the extra money to arrive at his original asked for amount. That's right, Bauer, a guy known for his outspoken Twitter account, love of drones and dugout-made baseball figurines, says he's being paid too much.

To help him get rid of the extra dough, Bauer is asking the public to submit charity ideas on his site. The first donation is going to the Lone Survivor Foundation, which works to help wounded veterans, from there, it's up to fans. Bauer plans to give $69,420.69 to a soon-to-be-announced charity on the final day of the fundraiser.

Watch this video below for further explanation:


1) My website is finally live! Check it out here: https://t.co/7ienyNJSrI 2) This is the official announcement for 69 days of giving, a charitable giving campaign I will be running this season! Help me help your favorite cause! https://t.co/ZXUf3Rdm9l pic.twitter.com/YsrG3P0sri