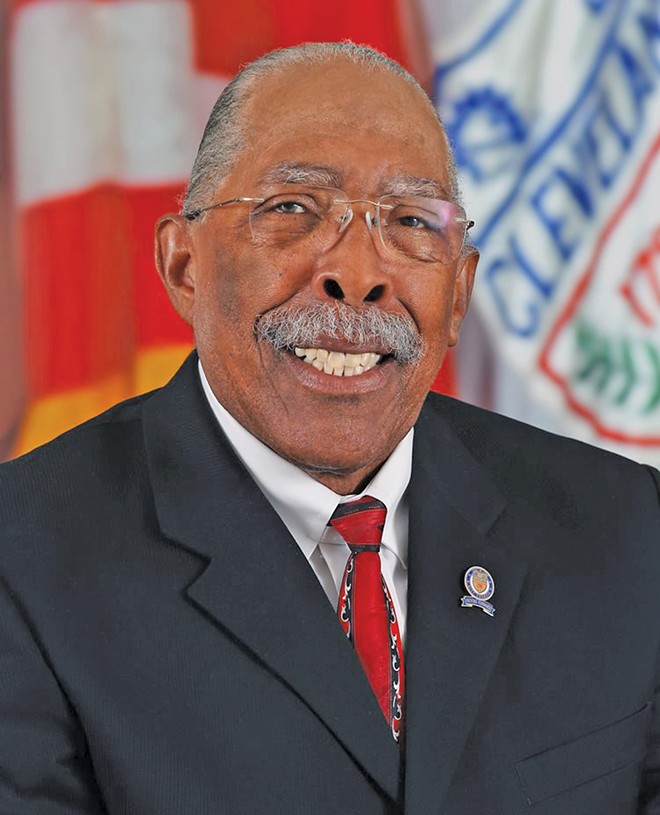 When reporter Mark Naymik published an avalanche of stories in 2018 documenting financial misconduct in office by Ward 4 Cleveland City Councilman Ken Johnson, council leadership did nothing. Johnson kept his seat.

But now, after a panel of retired justices appointed by the Ohio Supreme Court's Chief justice Maureen O'Connor have reviewed the evidence against Johnson and decreed the obvious — he is suspended from office — council leadership will get to step in and help appoint his successor.

In a statement Tuesday morning, city council said that they respected the decision of the Supreme Court panel and would work with Cuyahoga County Probate Court to find a replacement for Johnson, one who would "represent the best interests of the residents of Ward 4."

What a laugh riot. The residents of Ward 4 haven't had their best interests represented in decades, and the idea that the same council leadership who sat on their hands after Johnson's alleged crimes had been meticulously exposed now cares about them is science fiction.

The residents deserve to elect their next councilperson, not to have the process mucked up by a council whose deepest commitment in recent years has been the circumvention of democracy.

The timing could not be worse. Municipal elections are right around the corner and for the next few months, council members will be focused chiefly on securing their seats for the next four years. Much of their campaigning will occur during council's annual summer recess. It's not exactly an environment, in other words, where a new appointee can learn the ropes.

The probate court judge doing the appointing should take this under advisement. They should either decline to appoint anyone and simply wait for the election to determine Ward 4's next representative; or they should install a placeholder bureaucrat to mind the paperwork until the election, one who has no intention of seeking the seat.

Otherwise, the residents will be sidelined yet again.

The timeline is familiar. A similar situation occurred during council's last election cycle in 2017. Council leadership orchestrated the resignation of Councilwoman Mamie Mitchell, who had been suffering from dementia, to install Blaine Griffin. They timed his appointment elegantly, so that he could avoid a controversial Q Deal vote, but ensured his incumbent status and access to council funds before the September primaries.

This move was decried by a crop of challengers in Ward 6, who noted that installing Griffin so close to the election didn't make sense, unless the goal was to ensure the playing field would not be level. Griffin may well have won regardless, but council couldn't resist handicapping the race in favor of their favored candidate anyway.

A significant number of candidates have already entered the race for council in Ward 4, in fact more than in any of the city's 17 wards. They are eager to right the ship after years of disengaged leadership from Johnson. They should be allowed to campaign for the seat without city council putting its thumb on the scale.