Tonica Jenkins once faked her way into Yale, but these days she's got more nerve than brains. 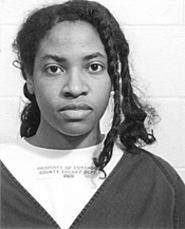 Tonica Jenkins is accused of injecting her victim with insulin at least 15 times.

By the time Tonica Jenkins was arrested last year, on kidnapping and attempted aggravated murder charges, she was already notorious. Three years before, she'd forged her own college transcripts, faked letters of recommendation, and gotten herself admitted to Yale. Her exploits were noted in The New York Times, her name was bandied about in Cosmopolitan.

The article: "Women Who Twist the Truth."

Even for an experienced con, however, the allegations were jolting: In April 2001, Jenkins and her cousin kidnapped a woman on Euclid Avenue, plied her with crack, then beat her with a brick, according to police. The woman escaped, but not before learning that Jenkins planned to kill her and burn her body in an attempt to dupe authorities. The remains were supposed to pass as Jenkins's -- so she could avoid a Florida trial on federal drug charges.

"At first, it was just kind of hard to believe," East Cleveland Police Chief Patricia Lane told The Plain Dealer. "Then the facts started meshing together."

The reaction was swift and predictable: Jenkins was painted in terms normally reserved for Nobel laureates and cartoon villains. Her father called her "brilliant." Her former lawyer called her disturbed. The media just called. She was fodder for stories from Akron to Orlando.

It was as if Lex Luthor had been busted in East Cleveland.

This week, Jenkins finally stands trial in the case, and the evil-genius tone is ripe for resurrection. From Capone to Kaczynski, the brilliant bad seed has always been an object of intrigue. But for all the attention accorded Jenkins's brains, the proceedings are likely to reveal a rather common criminal trait. She may have gotten into Yale, but she has never had a clue.

The case against Tonica Jenkins started not in East Cleveland, but in Tampa, almost a year before the beating. On July 10, 2000, Jenkins and her mother, Tonica Clement-Jenkins, agreed to buy 22 pounds of coke from two men posing as Colombian drug smugglers. The men were undercover federal agents.

Charged with possession of cocaine with intent to distribute, the two women faced 10 years in prison if convicted. In August 2000, a month after the arrest, they posted bail and eventually returned to Ohio. Their trial was set for April 2001.

As the trial date approached, Jenkins began trying to contact her cousin, Kyle Martin. A former drug dealer and junkie who had spent time in prison, Martin had recently moved to Springfield, Ohio, to straighten out his life. He found a job working construction. He told his family he was clean.

When the two cousins finally hooked up in mid-April, Jenkins had a simple request: "She asked if I could find her a girl," Martin would tell police. "I asked her, 'For what?' And she told me, 'Don't worry about it. Just find somebody decent,' about her size, weight, and who smokes dope."

The search of Springfield, however, proved fruitless. So Martin offered his help. "I told Tonica I would ride back to Cleveland with her to see if I could find some of the old [women] I used to kick it with."

Back in Cleveland, the two found what they were looking for. In the early morning hours of April 19, Jenkins, Martin, and a friend drove down Euclid Avenue, where they spied a petite woman standing in front of United Furniture. Jenkins told Melissa Latham she was running an insurance scam, and offered her a deal: She'd give Latham $100 for every medical appointment she went to for her. Latham agreed.

Jenkins, of course, wasn't really interested in ripping off insurance companies. She wanted to establish dental and medical records under her name, so when Latham was killed, the body would be mistaken for hers. "When the police get here, she will be burnt up and they will only be able to identify her by her dental records," Martin claimed Jenkins told him.

The plan was as audacious as it was brutal. It was also idiotic.

The day after plucking Latham off Euclid Avenue, Jenkins took her to the dentist. Worried that Latham's handwriting would betray the scam, Jenkins filled out all the forms for the appointment; she told Latham to say her wrists had been injured. To top it off, she had Latham wear a pair of black winter gloves -- on a balmy April day. Jenkins might as well have worn a sign: Suspicious Behavior; Pay Attention.

(Indeed, several months later, when Martin went to trial, the receptionist from the dental office had no trouble recalling every detail of the bizarre encounter.)

The plot to kill Latham started to unravel the next afternoon. After spending much of the day smoking crack in Jenkins's basement, Latham went to the bathroom to wash her face. When she came out, she felt something hit the back of her head. She would later testify that she saw Jenkins and Martin "stomping me in my back and everywhere."

As Martin held Latham down, Jenkins injected her with insulin at least 15 times, Latham said. To stop the beating, Latham played dead. When Jenkins and Martin finally left the room, she ran to the KFC across the street.

"The fact that she's not dead is incredible," says Lynn Loritts, one of the attorneys who prosecuted Martin.

But once again, Jenkins did her best to heighten suspicions. When police arrived at the restaurant, she didn't flee or even feign ignorance. She ran into KFC, pushed aside several cops, and yelled at Latham: "You fucking bitch! You fucking bitch! That's the bitch that stole my thousand dollars!"

Enlisting her own cousin didn't prove to be wise, either. When police initially questioned Martin about the presence of blood on his hands, he told them his nephew had scratched him. His nephew is two.

It was downhill from there. Immediately after his arrest, Martin claimed credit for the crime, telling police to let Jenkins go because "I'm the one responsible." But he quickly rolled.

Six months later, at his own trial, he pointed the finger at Jenkins, even claiming he had feared for his own life. "I said, 'Damn, Tonica, why you do this shit?' . . . She like 'Are you going to help me [kill Latham] or not?' I said, 'No, Tonica. I don't want nothing to do with this shit. You by yourself.'"

The jury, at least in part, believed him. He was convicted of kidnapping, but acquitted of attempted murder and sentenced to 10 years in prison. "I got the impression that the verdict was a compromise by the jurors" says Loritts. "Clearly, he is a danger to society."

Odds are against things ending as well for Jenkins. She is notorious for being both difficult and unsympathetic in the courtroom. After Yale brought charges against her, she missed court dates and was accused of faking her own kidnapping. Biting a pair of jail guards didn't help her cause. She avoided jail time only because a Connecticut Superior Court judge decided it would "simply do more damage to a young woman who needs psychological help."

A federal judge in Florida was far less forgiving. Only a few days after the assault on Melissa Latham, Jenkins and her mother were convicted of cocaine distribution. Each was sentenced to 24 years.

Regardless of what happens in Cleveland, Jenkins's family is sure to support her. Her father, who once called her a "near-genius," doesn't want to talk about the case, which he refers to simply as "bullshit." Her mother, not surprisingly, will stick with her to the end. After all, Tonica Clement-Jenkins is facing charges of her own, for allegedly helping clean up the house after the Latham assault.

It appears this brand of genius may be hereditary.