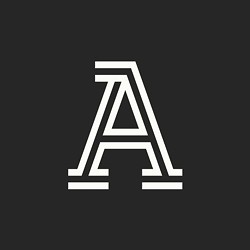 It's called The Athletic, and according to an introduction letter by basketball writer Jason Lloyd — lately of the Akron Beacon-Journal — it'll seek to give readers high-quality sports journalism at an affordable price.

"We’re taking the sports section out of the newspaper and in the process eliminating the overhead of the printing presses, delivery trucks, ad departments, a staff of copy editors, circulation managers, a publisher … you get the idea," Lloyd wrote in his letter, inviting people to subscribe.

The site will focus primarily on Cleveland professional teams (Browns, Indians, Cavs), but will also venture to Columbus to cover the Buckeyes and the NHL's Blue Jackets. Lloyd wrote that in addition to daily coverage, the site will specialize in longer, more analytical, "thought-provoking" coverage. It won't be Grantland, but it won't be clickbait either.

"We’re moving beyond the “what” in an effort to better bring you the “why,” he wrote.

Radio guy T.J. Zuppe has already joined the staff to cover the Indians. NBA Insider Ken Berger, formerly of CBSSports.com, will write about basketball alongside Lloyd, and Scott Raab will contribute. Via Lloyd, former Beacon-Journal editor Ron Ledgard will serve as the site’s managing editor.

The Athletic is part of a network of regionally focused sites, created by two entrepreneurial silicon valley dudes named Adam Hansmann and Alex Mather  — they reportedly raised $2 million before the launch of the Cleveland edition. The site joins iterations in Chicago and Toronto, and Lloyd said Detroit is "on deck" with others looming.

The site will be entirely behind a paywall.

"A subscription to The Athletic is less than half the price of a subscription to Netflix or Spotify," Lloyd wrote, and "a handful of subscribers paying a nominal fee are worth far more to a publication than tens of thousands of clicks on a free story dependent on ad rates."