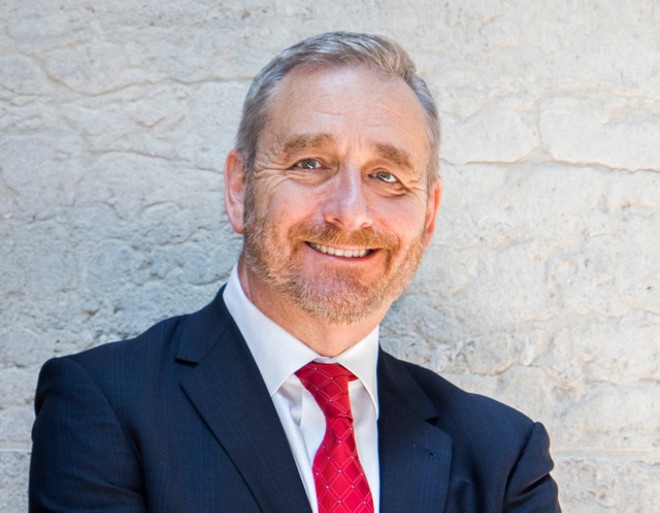 The vaccine requirement, which says that federal contractors must get their shots by Jan. 4, was pushed back from the original Dec. 8 deadline, and now matches the same date set for similar rules for large private companies and health care providers.

Cameron, Yost and Tennessee's Herbert H. Slatery III, as well as two county sheriffs from Ohio, are plaintiffs in the lawsuit, which was filed in the United States District Court for the Eastern District of Kentucky. In the complaint, the plaintiffs said they “seek judicial relief from the President’s unlawful and unconstitutional vaccine mandate.”

"I’ve said it many times: The Biden administration may not do whatever it wants however it wants,” Yost said in a news release. “The Constitution lays out critical rules by which the executive branch must operate. Congress and the states have their own powers, which the administration can’t just take over because it wants to.”

The Kentucky and Ohio portions of the lawsuit also claim that several workers at county jails throughout the state would end their employment if the requirement stands, which, they said, will “exacerbate the current staffing challenges at these institutions and threaten public safety.”

"We have sheriffs that are going to lose a lot of talented deputies to this mandate, and they’ll ultimately give up their contracts to house ICE detainees rather than see that happen,” Ohio AG Yost said in a release. “Forcing that kind of choice on people who dedicate their lives to keeping our communities safe creates a needless situation in which everyone loses."

“If our jails see no option but refusing federal ICE detainees, what happens to those detainees, who are prioritized for removal for committing heinous crimes in our communities and posing national security threats? None of us wants to find out,” Yost continued. “That’s just one important reason why I’m suing to end this illegal mandate.”

Across the country, threats of mass employee walkouts over vaccine mandates have not panned out. In New York, police unions threatened that 10,000 officers would leave because of the mandate, but, a day after the mandate went into effect, only 34 had been placed on unpaid leave, according to The Washington Post.

The Biden Administration said on Thursday that the combined vaccine mandates cover about 100 million employees or about two-thirds of the U.S. workforce. The president was hesitant to incorporate hardline vaccine rules during the beginning of the vaccine rollout, but said it’s now necessary.

“While I would have much preferred that requirements not become necessary, too many people remain unvaccinated for us to get out of this pandemic for good,” Biden said in a statement.

Yost said he also plans to file a suit over the mandate for large companies.