The group says the measure would protect access for all Ohioans 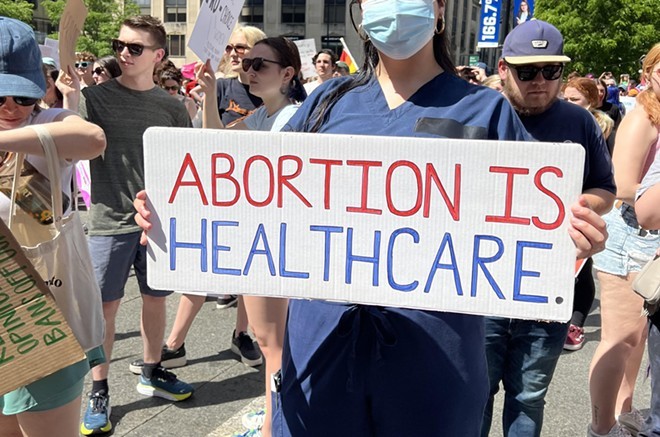 A coalition of reproductive rights groups, along with the ACLU of Ohio say they plan to have a pro-abortion ballot initiative on the Ohio Attorney General’s desk by February.

Ohioans for Reproductive Freedom announced the plan to do this with the help of a recently hired “general consultant” with experience boosting ballot initiatives on the topic in two other states.

The coalition – made up of Planned Parenthood Advocates of Ohio, Abortion Fund of Ohio, New Voices for Reproductive Justice, the Ohio Women’s Alliance, Preterm-Cleveland, Pro-Choice Ohio and Unite for Reproductive & Gender Equity (URGE), along with the ACLU of Ohio – said the amendment would “explicitly protect reproductive freedom for all Ohioans.”

“We are working expeditiously and prudently because we know that skipping steps or rushing the process would be a reckless approach when stakes are so high,” said Erin Scott, co-founder and director of the Ohio Women’s Alliance, in a joint statement of ORP members.

Mission Control, Inc., was hired by the group to help with the effort, after previously working on ballot initiative campaigns in Kansas and Kentucky, both of which showed voters in support of abortion rights. The company has offices in Washington, D.C., Connecticut, Colorado and California.

ORP said it has “completed initial language drafting and is now moving into comprehensive qualitative and quantitative research and message testing.”

Anti-abortion groups were quick to criticize the effort, saying support for the measure wouldn’t come in Ohio.

“Any attempt to change Ohio’s constitution by these large out-of-state abortion groups will ultimately fail here in Ohio,” said Peter Range, Ohio Right to Life CEO, in a statement.

The religious lobby group Center for Christian Virtue acknowledged Mission Control’s success in other states, but also said the Ohio effort is “doomed to fail.”

CCV president Aaron Baer used his statement against the measure to support a joint resolution that would make it harder for the state constitution to be amended by raising the voting threshold to 60%. The measure was HJR 6 in the last General Assembly, and is now being led by state Rep. Brian Stewart, R-Ashville, and state Rep. Derrick Merrin, R-Monclova.