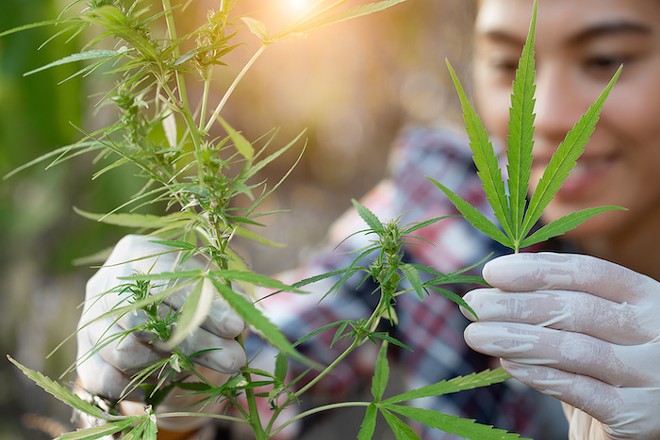 Adobe Stock Photo
COLUMBUS, Ohio - Now that Gov. Mike DeWine has signed a bill legalizing CBD oil and hemp production, many Ohio farmers are wondering when they can begin growing the cannabis plant.

The law allows farmers to grow hemp as long as it contains less than 0.3% of THC, the psychoactive compound in cannabis. Erica Stark, executive director of the National Hemp Association, says it's encouraging to see Ohio join the more than 40 other states that have legalized hemp.

"Certainly with the passage of the 2018 Farm Bill that removed industrial hemp from the Controlled Substances Act on a federal level, we're seeing a dramatic increase and interest in the industry," says Stark.

Later this fall, the USDA will release its guidelines for the federal industrial hemp program. Farmers will have to wait to start producing until both federal and state regulations are in place.

Stark says Ohio farmers should proceed with caution - not only in cultivating the plant, but in making sure they understand the permitting process and rules as they unfold.

"For any farmer looking to get into this for the very first time, I seriously recommending starting small," says Stark. "Don't go from never growing it before to planting 20, 50, 100 acres."

Growing hemp for CBD is where farmers can see the most income, Stark adds.

But she points out CBD is more labor intensive and similar to growing tobacco, while the process of cultivating hemp fiber is more like a traditional row crop, planted much like corn or soy.

"There's CBD cultivation and then, there's fiber and grain cultivation, and both are relatively different business models," says Stark.

The Ohio Department of Agriculture has said it plans to start issuing hemp cultivation and processing permits by next spring.