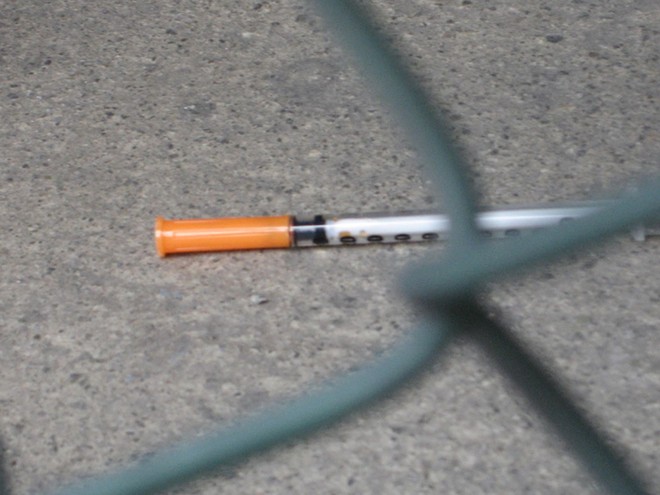 Ohio had the second-highest rate of drug overdose deaths in the country last year, a new report from the Center for Disease Control says.

More than 46 people per 100,000 in the state died of overdoses in 2017, the report finds— a higher rate than any other state besides neighboring West Virginia, which saw almost 58 overdose deaths per 100,000 people last year.

Ohio is one of 20 states with a higher rate than the nation’s overall rate, which has climbed from 6.1 deaths per 100,000 people in 1999 to 21.7 last year as the continuing opioid crisis grips many communities across the country. South Dakota and Nebraska had the lowest overdose rates at 8.5 and 8.1 per 100,000 respectively, but even those were higher than the national rate at the turn of the 21st century.

The increase means that people in the U.S. last year died from drug overdoses at three and a half times the rate they did 18 years ago. Overall, more than 70,000 people were killed in drug overdoses, including suicides. Men were twice as likely to die as women, according to the report, and people between 35-44 were the most likely to die via overdose.

Much of the increase can be attributed to the rise of synthetic opioids like fentanyl, which can be deadly in very small amounts. Nationally, overdoses due to synthetics rose by 45 percent between 2016 and last year. In Ohio, fentanyl alone was involved in almost three-quarters of all overdose deaths.