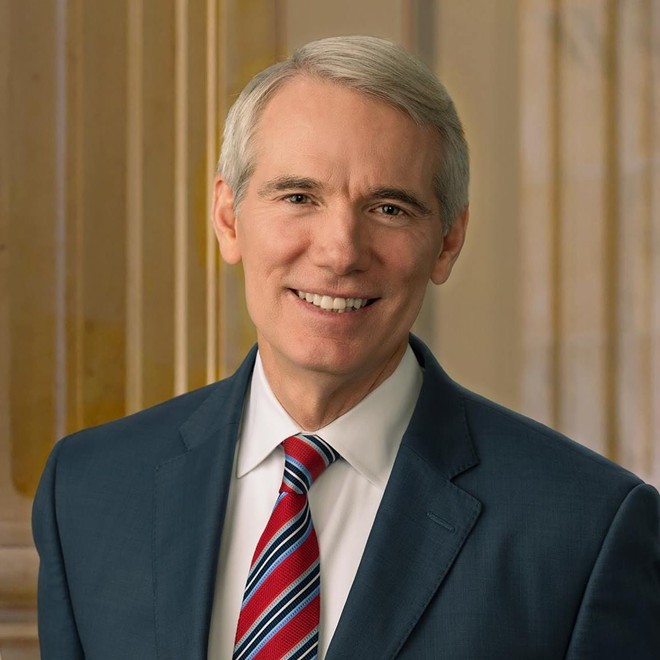 Following a tip, detectives executed a search warrant this morning at an unnamed bank. The testicles were discovered in a box registered to a J.P. Morgan executive. Though they were small and atrophied from little use, doctors expect them to recover enough to meet the needs of a U.S. senator.

The disclosure ends a strange saga that’s captivated Ohio since 2016, when Portman’s testicles were first reported missing. At the time, Portman was known as a moderate Republican. Yet colleagues noticed a change that year when the senator was often found cowering under his desk.

“You know those tiny dogs rich ladies own?” says a friend. “He was like that, always wanting to climb on your lap.”

An examination at Walter Reed Medical Center would reveal why. The senator’s testicles were missing. His wife Jane reported their abduction to police.

Yet detectives were stymied in their investigation. Portman made conflicting statements about possible motives for the kidnapping. He eventually lawyered up, refusing to talk. This summer, fearing the testicles may have been murdered, police launched a nationwide search. What they didn’t know is that the testis were in the safety deposit box all along.

No charges have been filed against the J.P. Morgan executive. Privately, police believe the man only abducted the testicles at Portman’s behest.

Detectives are operating on a theory that the senator was afraid of Donald Trump. To maintain his front as a moderate, he would have to speak up whenever the president posed a threat to the country. Portman decided instead to have himself temporarily neutered. After Trump was gone, surgeons would reattach his testicles, and the senator would resume his portrayal of a moderate statesmen.

Yet the ruse didn’t go as planned. Constituents became increasingly alarmed by Portman’s cowardice. This was especially true in recent weeks.

After Trump urged a boycott of Akron’s Goodyear tires, the senator could only muster a tepid defense. “I believe private companies are free to set their own guidelines,” he said.

He was at his meekest when tapes revealed Trump admitting to downplaying the coronavirus, making America the world leader in deaths. “I just can’t, can’t comment on it,” Portman said.

According to high-level sources, it was Portman’s wife Jane who finally tipped police to the testicles’ location. “She was terribly embarrassed,” says a close friend. “Would you want to be married to a eunuch? Whenever we’d go to the country club, the entire room would whisper. Jane would run to her car and cry uncontrollably. It was the saddest thing.”

What changed for Mrs. Portman was the prospect of a Joe Biden presidency. She convinced her husband that small demonstrations of courage might soon be safe. He could blame Democrats for the soaring death toll and record national debt. If Portman once again became a champion of corporate tax relief and poor health care, she assured him, everyone would forget his years hiding in a Senate broom closet.

Yet it would take the threat of divorce for Portman to reluctantly concede. Reattachment surgery is tentatively set for Nov. 4, a day after the election. It will take place at the Cleveland Clinic Children’s Hospital, where doctors have experience operating on tiny and undeveloped testis.

If surgery proves unsuccessful, friends say Jane Portman will likely trade the senator in for a sturdier model. “She’s thinking something along the lines of a Nino Vitale,” says a friend. “Someone who’s never afraid to speak up, even if it makes no sense. We Republican women don’t care if our husbands are dopes. We just want them to stand tall and shout something, anything.”