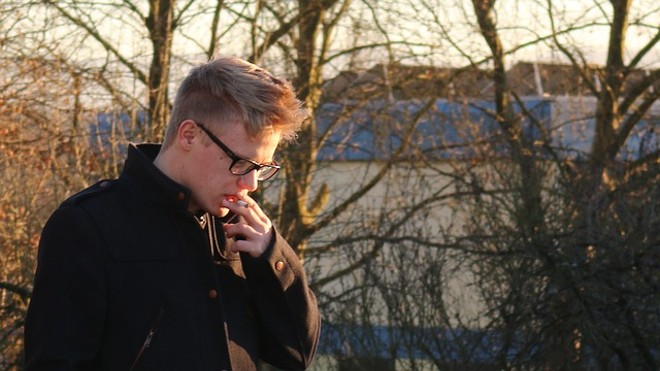 CINCINNATI - A majority of Ohioans say the minimum age for buying tobacco products should be raised to 21, according to a new survey.

The annual Ohio Health Issues Poll released by Interact for Health finds 54 percent of adults favor raising the age from 18 to 21, including 56 percent of Democrats and 55 percent of Republicans.

Some Ohio cities already are raising the age. This month, Cincinnati became the 16th in the state to pass such a policy, joining Akron, Cleveland and Columbus.

Mike Moroski is partnership and policy manager with Cradle Cincinnati, which fights infant mortality, and he's also on the city's public school board.

He says the move will keep more cigarettes out of high schoolers' hands.

According to the Centers for Disease Control and Prevention (CDC), close to 9 out of 10 cigarette smokers tried smoking by age 18.

In Ohio, 23 percent of residents report being current smokers, higher than the national average of 15 percent.

Research says Ohioans with incomes at 200 percent of the federal poverty level or lower are nearly twice as likely to be smokers.

Moroski says that plays out in Cincinnati neighborhoods.

"A lot of people smoke in Lower Price Hill. Hardly anyone smokes in Mount Adams. The life expectancy in that three-mile distance is 20 years different."

The poll also found 52 percent of Ohioans favor a law prohibiting the sale of cigarettes near schools. Interact for Health has other data on Ohioans' attitudes toward tobacco-related policies on its website.