At Tower City, banning black kids in the name of better business. 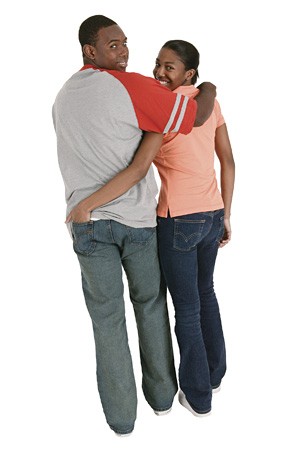 The mall's throngs of black kids were scaring away that most sacred shopper: The professional white woman.

The guard stands at the bottom of the escalator in his trademark Smokey the Bear hat, wearing the dulled determination of one who does the unpleasant for a living.

Two young women descend from the upper floor. He asks for their IDs. They laugh anxiously, are-you-serious? expressions stamped on their faces. The guard just checked their IDs moments before, they tell him. But Smokey wants to see them again. There are rules, after all.

The scene is reminiscent of the old Soviet Union, where people were routinely asked for their travel papers. Yet this is 2007, Tower City mall, where the restrictions aren't meant to defend Communism. They're here to usher in the more brilliant colors of commerce.

In mall-speak, it's called the Parental Involvement Program, which essentially bans children under 18 from shopping after 2:30 p.m. unless they're accompanied by an adult. In practical terms, it might be better described as the We Gotta Get Rid of the Black Kids Program. And that's where we begin today's quandary.

When the mall was built, Cleveland was still referring to itself as the Comeback City. Owner Forest City no doubt imagined the grande dames of Pepper Pike strolling polished corridors, brimming with shopping bags and lunching at places where fish isn't simply called "fish," but "pan-seared red snapper with Dijon and rice-wine vinegar."

Yet the company had gravely miscalculated. The artificial dot-com boom would see its inevitable crash. The 27,000 jobs predicted to rain from Gateway were as bogus as the consultant who foresaw them. And Forest City's handpicked mayor, Mike White, was in the midst of his Reign of Looting, shaking down everything that moved and keeping legit businesspeople from the city.

Tower City became a monument not to the return of the grandames, but to an inverse form of welfare. Cleveland may have been hurtling toward poverty, but city and county were more concerned about insuring the failed bet of a $9.2 billion company. Politicians lavished the mall with $35 million for construction, $54 million to rehab its Rapid station, another $10 million for a tunnel to Gateway. But no amount of welfare could save it.

Then came the black kids.

Unexplained by science is the mysterious gravitational pull that draws kids to malls from Beachwood to North Olmsted. They come to mingle, strut, ogle, flirt, and occasionally buy things. These are the ways of the species. But Tower City is a major bus hub, making it more convenient to 14-year-olds from Hough than trophy wives from Hudson. So it became the City Kids' Mall.

To the naked eye, it wouldn't seem much of an issue. Police union chief Steve Loomis says the problems rarely rose to more than kids being kids. "I don't know if they considered it a problem," he says of his officers. "Some pushing and shoving. You know, that machismo-testosterone problem that goes on." Lisa Kreiger, the mall's general manager for retail, is a bit more elusive, citing "vulgar language, loitering — several situations such as that." But she won't provide details.

Unspoken was that the civil-rights movement had come full circle.

Where 40 years ago, blacks were afraid in crowds of whites, the opposite is true today. Repeated violence by a few black kids has colored the whole, the same way a few white rednecks earned a reputation for 1967 Birmingham. And while most people can judge the individual rather than the group — or maybe that's wishful thinking — Tower City's throngs of black kids were scaring away that most sacred shopper: the professional white woman.

She too is a mysterious creature, drawn to malls for entertainment, escape, and rejuvenation of the spirit. As a friend explains it, "Getting new shoes is kind of like getting a new boyfriend. It's a little self-esteem boost. No one's seen them yet, and you can't wait to show them off."

But that picture tends to dull when surrounded by loud gaggles of girls, boys dressed for pretend danger, and a soundtrack of noisy expletives.

It's hard to blame the kids. Youth's eternal search for cool — forever a gaudy, awkward crusade — is a requisite stage of life. But you can't blame the white women either. It's their money, their time, and they can spend it anywhere they please. For years, that place was somewhere other than Tower City.

Which left the mall with a difficult choice. There was no more welfare to be had. Its next great savior, a prospective convention center, is in the hands of the county commissioners, which is like hoping to get to Youngstown with a blind guy at the wheel.

So people like Kreiger had to choose between black kids (and slow economic strangulation) and the pursuit of white women. You know where this call landed.

Of course, no one's actually calling it a ban on black kids. That would be impolite. Even activist Art McKoy, a ubiquitous presence at all things racially incendiary, sees the dilemma from both sides.

"There is a lot of stereotyping, and there is a lot of boog-a-bear mentality that something is gonna come out and grab you," he says of white shoppers. "And then there are some realities that we definitely admit to, that some of our black youth need to be admonished when they are disturbing law-abiding shoppers and business people. We don't wanna let nobody off the hook."

But unless Tower City sits down to talk, McKoy promises a boycott this holiday season. He may not have the juice, however, to compete with the mall's newfound prosperity.

Since the ban began, Kreiger has already received an "overwhelming response." Business has increased, families are returning, and customers are e-mailing praise for the change in atmosphere. "We're hearing that over and over and over again," she says.

Being polite, after all, has never been essential to the laws of economics.