Proposed Bill Is an Attack on Disability Rights, Groups Say 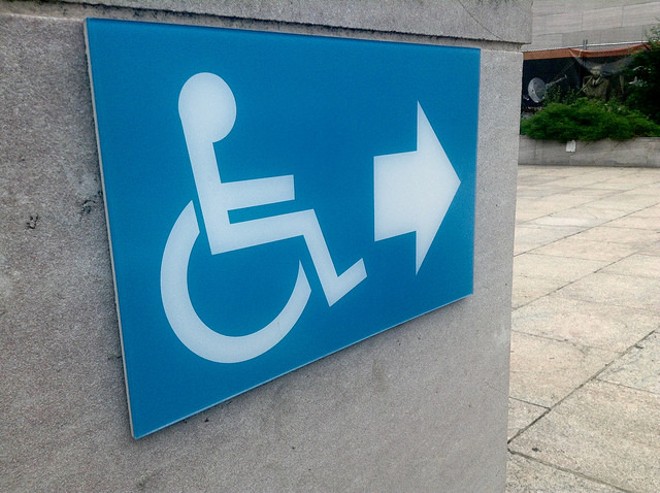 COLUMBUS, Ohio - A bill aimed at strengthening the Americans with Disabilities Act may not be what it seems. The U.S. House could vote this week on The ADA Education and Reform Act of 2017 (H.R. 620). The bill would give businesses accused of not complying with the law a grace period to fix alleged infractions on their properties before they are subject to litigation.

The executive director of Disability Rights Ohio, Michael Kirkman, contends it would complicate the complaint process and greatly lengthen the time it takes to bring a business into compliance. And he adds it creates the notion that disability rights are less important than other rights.

"They wouldn't attempt to pass a bill like this around race or gender or other protected classes," he says. "So the disability community is pretty unified in its outrage about this."

Kirkman says businesses would have no incentive to comply with the law. Proponents claim the bill will curb frivolous lawsuits. The House could vote on the legislation as early as Wednesday.

Marilyn Golden, the senior policy analyst with the Disability Rights Education and Defense Fund, says claims that unscrupulous lawyers are using the ADA to extort business for payback are false.

"The vast majority of lawsuits under the ADA are well-intentioned efforts to change the structure of the building to make it accessible, not an attempt to get money," she explains.

The ADA has been a law for nearly three decades, which Kirkman says means businesses have had ample time to understand the law's requirements and comply.

"Someone who's in a restaurant who needs to use an accessible restroom, that restroom should have been made accessible when they remodeled the restaurant but in many cases, it's not so they're forced to go through this process," Kirkman adds. "And in the meantime, they still can't use the restroom 30 years after the ADA was passed."

Opponents also note the bill was not crafted with the consultation of the disability-rights community.