Serial in Cleveland, Ep. 4 Recap: A Bird in Jail is Worth Two on the Street 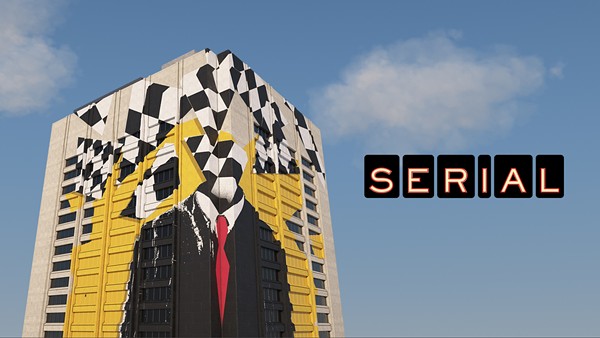 The fourth episode of Serial season 3 centers on one of the highest profile homicides in Cleveland's recent history and examines a singular question around it: Does anything change a pervasive mistrust of police and an almost universal street policy against snitching when the victim of a murder is a child and the case captures the outrage and attention of the entire city?

Over the course of the episode, the predictable answer — no — becomes crystal and maddeningly clear.

Five-month-old Aavielle Wakefield was shot and killed in a car on Oct. 1, 2015, on East 143rd St. near Kinsman. Her mother, grandmother and another child were in the car with her, but she was the only one a bullet struck, which went through her car seat and her torso.

She was the third child to be killed in Cleveland in less than a month that year.

"It's a baby baby," a 911 operator said in an emotional police dispatch.

"[Her mother] was too distraught for me to interview," Cleveland police detective Rhonda Gray told a reporter about her time in the Rainbow Babies and Children hospital. "I listened to her screams through the ER. I comforted her."

There were, of course, but as the episode recounts, with the assistance of new interviews with the man who was first arrested for the shooting before being released and Aavialle's father, they were absolutely not going to talk to the police.

Two months after her death the police announced they'd arrested a 19-year-old man named Davon Holmes. In conversations with Koenig — who noted that when she knocked on his door he looked as if "he'd been waiting for someone to come and ask what happened" — Holmes said he had no idea what the police wanted when they arrested him. He didn't shoot Wakefield, something that would eventually become clear when he was released from jail a full year later with all charges dropped.

He'd been picked up after his name was included in tips received by police. A landscaper who'd been working nearby said he saw Holmes, who was a Heartless Felon with a lengthy rap sheet dating back to his early teens. But that witness ID and the story of how the cops got it makes clear how flimsy the evidence was from the very beginning. The landscaper was initially shown a photo lineup and couldn't pick the shooter out. A week later, he called back to say he could pick someone out, but given another array, he said two looked familiar but he wasn't sure, and neither one of them were Davon. Five weeks later, another array, says it wasn't Davon. Week after that, same photo array, he said he was 90% sure it was Davon.

When Koenig gets in touch with the landscaper, he refuses to talk about the case on the record. A little after that, a relative of his gets in touch with her: I'll try to tell him he should talk to you, but you can't be asking questions here. You get to leave, we have to stay here, we live here, people get killed over this. He never does get back in touch.

On a tangent we won't fully recount here, Davon relates that story and John's witness ID eventually gets discredited, but it ends on two notes that carry the episode forward.

"It's against my religion," he said.

"It's a principle thing..." Koenig responds, sort of as a question and sort of just a clarifying moment for herself.

Second, he tells Koenig she should talk to Charles Wakefield, Aavielle's father. He, Davon said, told the cops he didn't have to do anything with the shooting, which he thinks subsequently led them to finally releasing Davon, almost a year to the date that he was first arrested.

While that's not exactly true — and the end of the episode teases more on how detective work, but not detective work by the police, cleared Davon in the next episode — Charles Wakefield does in fact know Davon, or "Tink," wasn't involved.

"I know the whole story," he said.

The back half of the episode largely follows the thread of Charles, who delivers in even tones and occasional emotion the background, leadup and aftermath of the shooting, all of which he knows because friends, associates and neighbors have told him exactly what happened.

"I want to leave that all in the past," the man said.

But as Charles explains, or tries to explain, it — it being the code, the thing that teaches the community that you don't snitch — the audience is left as frustrated as Koenig sounds at various times throughout the episode.

According to him, the police need to get out on the streets and do their homework. But, Koenig asks, doesn't that require that folks who might be labeled as snitches by their community actually talk to police? Charles seems to know the answer.

"I look out at people on my street and I look at people differently," he later said (we're paraphrasing). "I'm like, I know you all know something but won't say anything."

Koenig addresses the listener's frustration here and other places.

Major Howard was one of the other children killed that summer. In the immediate aftermath of his shooting death, a former gang member named Robert "RJ" Scott III, who tried to save Howard's life, told reporters that he saw the shooter, a man named Donnell "Nell" Lindsey. When Scott was called to testify a year and a half later in Lindsey's trial, he changed his tune. He didn't see anything. Despite intense pressure from prosecutors, which included showing Scott a photo of Major Howard's dead body, Scott continued to deny seeing anything. This was all because he was afraid of snitching, they argued.

Then there were the Heartless Felons, who have intimidated and killed witnesses in various trials over the past years.

Not to mention Cleveland police homicide detectives numbered just 12 or so at the time of their deaths, and budget cuts had dropped the roster by hundreds over the years, and that community policing stations disappeared a decade ago.

So, yeah. The repurcussions for talking to the police are real. The police are ill-equipped and understaffed to suss out people willing to talk. The relationship between the community and the police is strained, and has gotten worse.

It's, for the lack of a better description, all bad.

The Wakefield case remains unsolved, and, as usual, the city of Cleveland and the police department declined to do any on-the-record interviews with Serial about the investigation.

Next week, a further look at the flimsy case that put Davon Holmes in prison for a year, and the work that got him out.