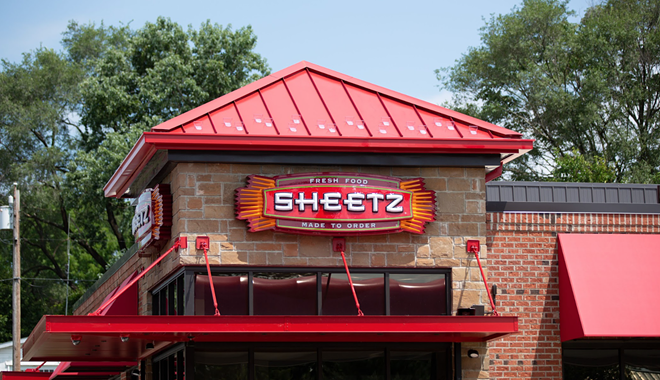 The family-owned gas station convenience store chain Sheetz is in the midst of a major Ohio expansion, with plans to open as many as 50 stores in the Columbus region and 20 stores in Western Ohio over the next five years.

In Cleveland, Sheetz opened a new location at Mayfield and Lander in Mayfield Heights last week. Like other Sheetz locations, the Mayfield store will offer its Made-to-Order (MTO) menu, in which patrons order customizable food and beverage items on digital kiosks. Stores in the Altoona, Penn.-based chain are famously open 24/7/365, and the Mayfield location will be no different.

Cleveland proper will be getting a new Sheetz in the near future as well. NEO Trans broke the story earlier this month that the PearlBrook shopping plaza at Pearl and Brookpark Roads on the border of Old Brooklyn and Parma will be demolished and replaced with a Sheetz.

The site plan received approval from the City Planning Commission's Design Review Committee Aug. 5.  It will reportedly include both a drive-through lane and some lovely landscaping enhancements, courtesy of architect Rare Design Studio of Richfield.

“We are thrilled to continue our growth in Ohio,” said Sheetz CEO and President Travis Sheetz, in a press release. “Built on the values my Uncle Bob instilled when he founded Sheetz in 1952, we look forward to being a great employer and neighbor.”

Sheetz operates more than 650 store locations throughout Pennsylvania, West Virginia, Virginia, Maryland, Ohio and North Carolina. As of this spring, there were 56 locations in Ohio. As part of its growth strategy, Sheetz announced earlier this year a partnership with DoorDash, Customers can now order MTO meals, coffee and other "convenience essentials" via the DoorDash mobile app or the Sheetz website.

While the local councilman, Kris Harsh, welcomes the Sheetz investment in the PearlBrook Plaza, a corner of Old Brooklyn he says has fallen on hard times, we'll be pouring one out for Athens Imported Foods & Deli.